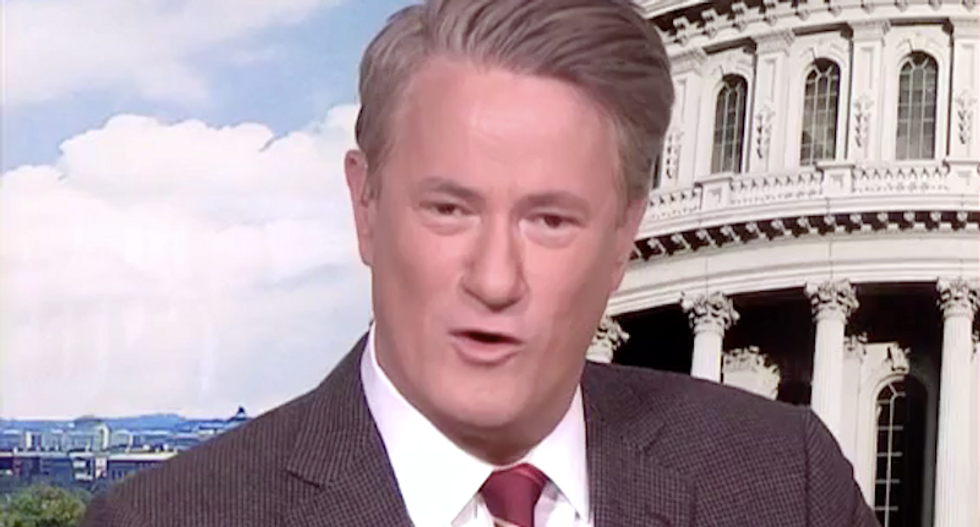 Various guests on Fox News have claimed migrants slowly making their way north in Mexico are infected with diseases such as smallpox -- which was officially declared eradicated in 1980.

"This is dumbfounding," Scarborough said. "Fox News is now claiming that these migrants are so devious that they have the power to bring smallpox back to Planet Earth."

The "Morning Joe" host said the ploy was so stupid and cynical that GOP voters should be insulted, and The Atlantic editor-in-chief Jeffrey Goldberg said it was aimed at Bible-reading religious conservatives.

"They're not only talking about smallpox, they're also talking about leprosy, which I think is interesting," Goldberg said. "Leprosy, of course, is the most famous disease in the Bible, and I think they are trying to actually trigger people who are Bible readers and religious people to think that, in effect, the caravan or the invasion or whatever they're calling it is bringing biblical-sized plagues to America."

"It's not unclever," Goldberg said. "I mean, it's built on falsehoods, obviously, but it's not an unclever play."