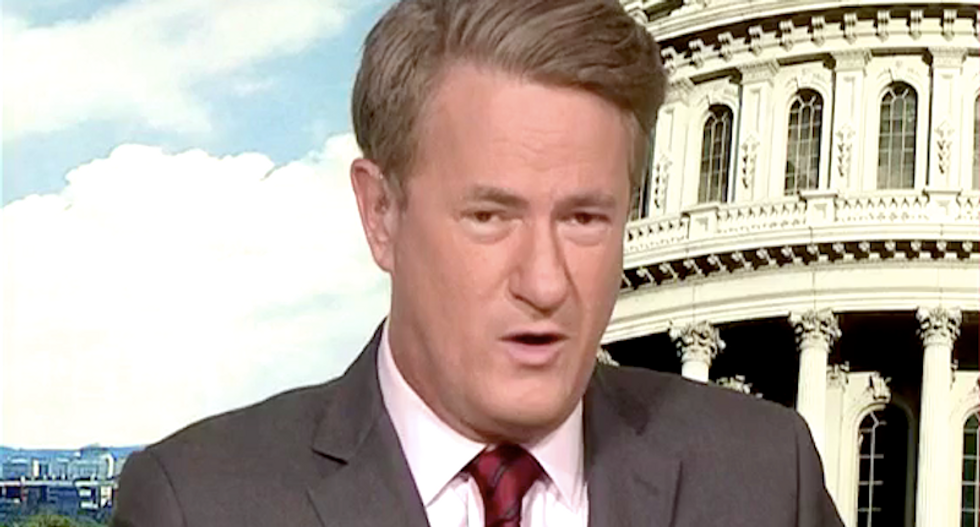 The "Morning Joe" host said he was reading World War II history the night before, which prompted an evening tweet quoting from Adolf Hitler's psychological profile by the U.S. Office of Strategic Services.

“His primary rules were: never allow the public to cool off; never admit a fault or wrong; never concede that there… https://t.co/Lz7Ud04bGW
— Joe Scarborough (@Joe Scarborough)1540255021.0

Scarborough said the president seems increasingly desperate as he campaigns for Republican congressional candidates, and he has purposefully spread false claims about an immigrant caravan traveling north through Mexico.

"What Donald Trump is doing on the campaign trail is he's spreading a lot of lies about non-white people to all-white crowds," Scarborough said.

"Trump has been a serial liar about just about everything for his entire tenure in office, but he has rarely before deployed so many complete fabrications about so many important subjects at the same time," she said.