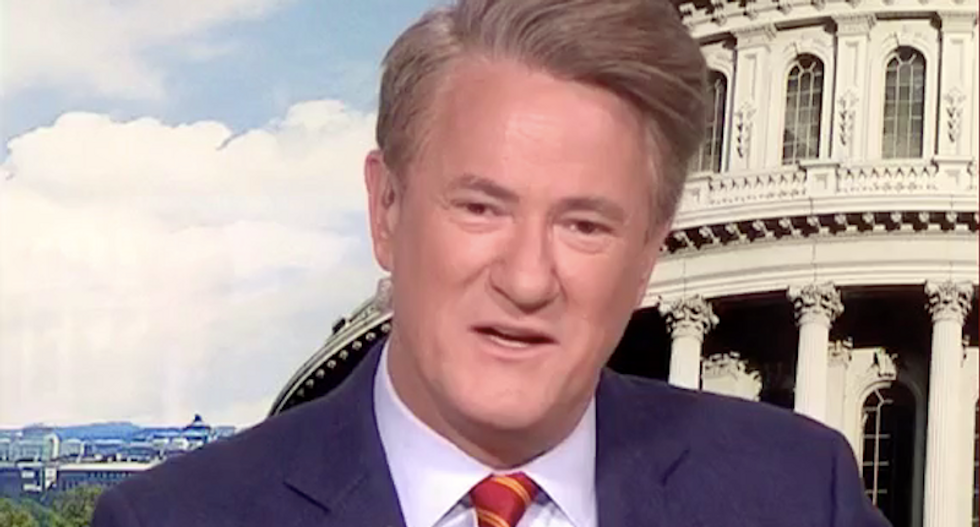 Graham cheered on Trump's suggestion that he could eliminate birthright citizenship guaranteed by the 14th Amendment with the stroke of a pen, and the South Carolina Republican promised to introduce legislation that would do the same thing.

In addition, I plan to introduce legislation along the same lines as the proposed executive order from President @realDonaldTrump.
— Lindsey Graham (@Lindsey Graham)1540911660.0

"I just wonder, what does the University of South Carolina School of Law think right now," Scarborough said. "What do they think that a guy that graduated from their program really thinks that you can tear up the 14th Amendment by signing an executive order?"

Scarborough said the senator likely does know better, but was just flattering the president for political gain.

"I don't think Lindsey thinks that, but it shows you how shameful he has become in (Sen.) John McCain's passing and how stupid Donald Trump thinks the American people are," he said. "It is a clear call to racists to come out and vote for his candidates."