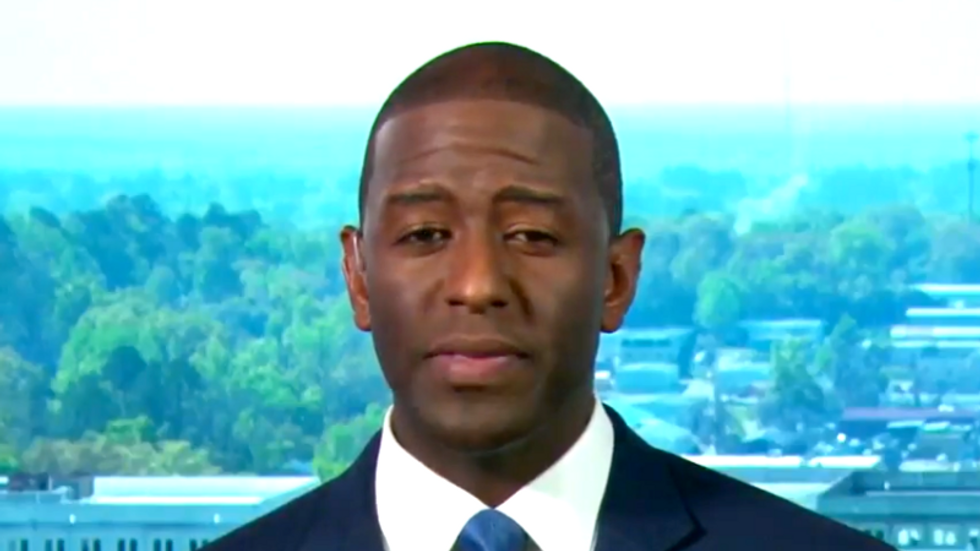 Neo-Nazis based in Idaho are once again targeting Florida voters with a racist robocall attacking Democratic gubernatorial nominee Andrew Gillum.

The Huffington Post reports that the call features a voice actor who pretends to be Gillum and who spews racist stereotypes about black people.

"Well hello there, I is the negro Andrew Gillum, and I be asking you to make me governor of this here state of Florida," the call begins. "My esteemed opponent, who done called me a monkey, is doing a lot of hollering about how expensive my plans for health care be."

The ad also features sound effects of a monkey squealing in the background.

A disclaimer at the end of the robocall says that it was funded by Road to Power, an anti-Semitic, white supremacist website and podcast linked to Scott Rhodes of Sandpoint, Idaho.

Gillum's campaign lambasted the robocall in a statement to the Huffington Post.

“These disgusting, abhorrent robocalls represent a continuation of the ugliest, most divisive campaign in Florida’s history,” said Gillum spokesman Geoff Burgan. “We would hope that these calls, and the dangerous people who are behind them, are not given anymore attention than they already have been.”

Gillum, who won widespread praise for his debate performance against Trump-loving Republican Ron DeSantis this week, has consistently held a lead in polls of the Florida gubernatorial race, and currently holds a lead of just under five points in the Real Clear Politics polling average.

Listen to the racist call below.