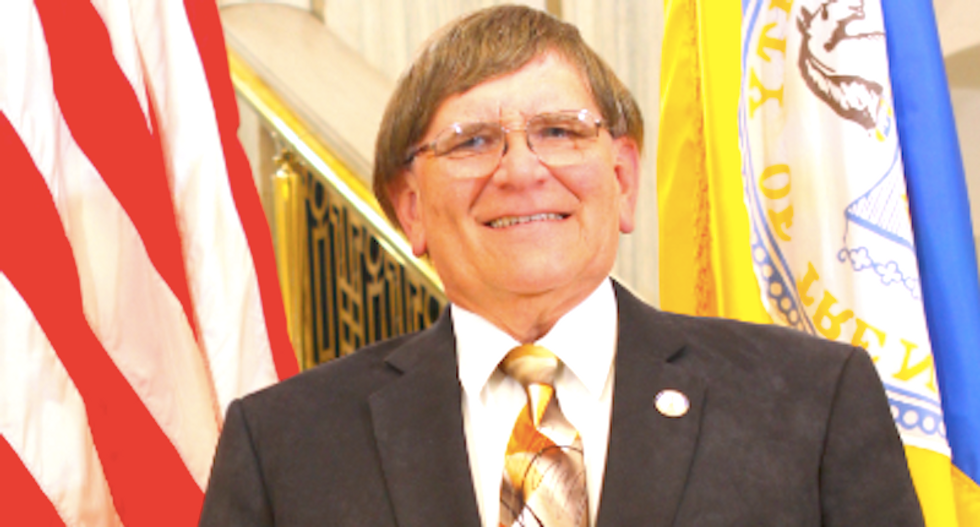 A New Jersey city councilman slurred the first black woman picked to oversee Trenton police as unqualified -- and an insult to "the men in blue."

George Muschal, a South Ward councilman and retired police officer, accused Mayor Reed Gusciora of making the appointment for "political gain," but declined to say how he would benefit, reported The Trentonian.

Carol Russell retired as a sergeant after 25 years from the police department in 2010, and the city ordinance requires police directors to have at least five years experience “in a responsible capacity in public administration and policing.”

“He’s the mayor. He can choose who he wants,” Muschal told the newspaper. “But the bottom line is the men in blue look at him for leadership. Putting somebody in that position who wasn’t [a leader] in the police department is a slap in the face to everybody in rank-and-file.”

Gusciora announced the nomination last week during his first State of the City address, which Muschal refused to attend, saying he chose Russell specifically to break through a glass ceiling he said was artificially imposed by the city ordinance.

“We’ll never have a person of color or a woman as police director under those circumstances,” Gusciora said. “I think it’s the mentality that it’s the way it’s always been done, that somebody should rise through the ranks, becoming a lieutenant or captain. In that case, the system would never change.”

The mayor said Russell had experience in a supervisory role for a nonprofit organization, but the newspaper had not seen a copy of her resume to verify.

Muschal accused the mayor of "lowering the standards" for overseeing the police department, but he insisted his objection to Russell had nothing to do with race.

“Anything I say, I’m a racist,” Muschal said. “If they want to call me racist, they can call me what they want. It wouldn’t be the first time. It wouldn’t be the second time. It’s not war. It’s about doing the right thing for the right person. The mayor has his options to pick who he wants. If he wants to turn around and pick someone who has low qualifications over people who have higher qualifications, you always ask him why.”

Sen. John Cornyn of Texas, who was first elected to the U.S. Senate in 2002, has a very right-wing voting record. But in the Trumpified Republican Party of 2022, it isn’t uncommon for arch-conservative Republicans to be told that they aren’t conservative enough — and the 70-year-old GOP senator now finds himself being formally censured by the Collin County, Texas Republican Party.

On Monday, August 1, according to Dallas Morning News reporter Emily Caldwell, the Collin County GOP “passed a resolution” to censure Cornyn “over actions the party believes run counter to the core principles of the Republican Party of Texas, including his work on recent federal gun violence legislation.”

Former 'Law & Order' writer: I'd never dream of creating lawyers as 'dumb' as the ones Alex Jones hired

InfoWars founder Alex Jones got a nasty surprise in court on Tuesday when an attorney representing the families of Sandy Hook victims informed him that his own lawyers had accidentally handed over a digital copy of his entire cell phone -- and that it contained evidence of potential perjury.

Jones appeared taken aback by this revelation, and he said that it was a "Perry Mason moment" in his defamation trial.