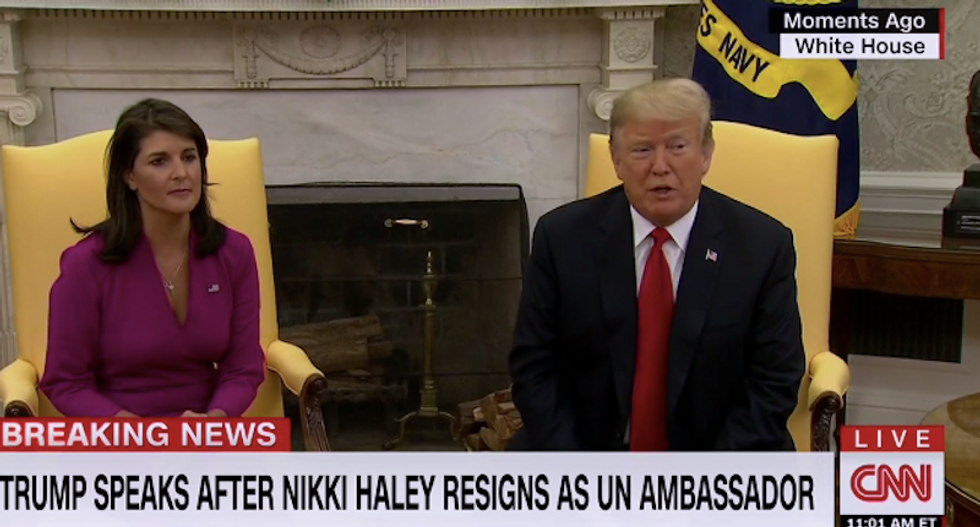 By all accounts, the resignation was amicable.

In the lead up to her announcement, political analysts on cable news noted that Haley had navigated the fraught landscape of the Trump administration well, managing to stay on the good side of Trump supporters and people who oppose the president. Much of it, CNN analysts noted, had to do with her hardline support of Israel.

"Many have viewed Haley as a stabilizing influence," noted Kate Bolduan.

"It's been a long time, very intense, and she told me probably 6 months ago ... I want to take a little time off," Trump said.

"Countries may not like what we do, but they respect what we do," Haley added.

Haley said she didn't plan to run for president in 2020 and would campaign for Trump.