NYT's Maggie Haberman: Most presidents would 'dial back their rhetoric' after 2 domestic terrorist attacks 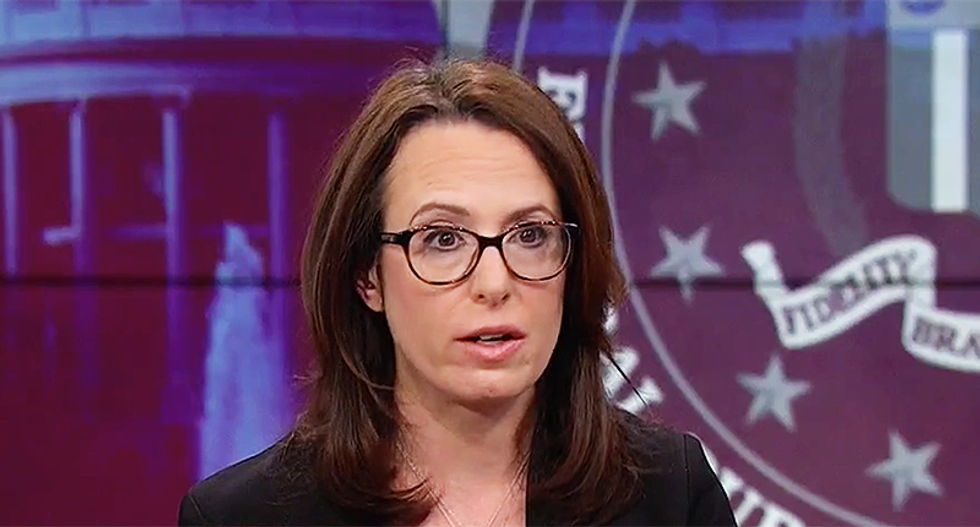 A New York Times correspondent who's enjoyed access to Donald Trump noted on Monday just how unusual the president's rhetoric has been in the wake of the domestic terrorism acts of the last week.

"Most other presidents, if there had been two incidents of domestic terrorism on their watch, they would be dialing back their rhetoric," the Times' Maggie Haberman said during a CNN panel.

Though Trump "gave a very forceful denunciation of anti-Semitism" at a rally the same day as the Pittsburgh synagogue massacre, he nonetheless "veered back into the same usual stuff, including criticizing [Democratic Congresswoman] Maxine Waters, who had received a pipe bomb."

Host Anderson Cooper also noted that the president continued to focus on the caravan of Latin American migrants he's dubbed an "invasion" although it was "clearly an issue that was foremost in the mind" of Robert Bowers, the man accused of opening fire and killing 11 people at the Tree of Life synagogue in Pittsburgh on Saturday.

In posts on the now-offline social network Gab, Bowers blasted the Jewish refugee service HAIS for its assistance to bringing "invaders in that kill our people" just before the attack.

"HIAS likes to bring invaders in that kill our people," he wrote. "I can’t sit by and watch my people get slaughtered. Screw your optics, I’m going in."

Analyst David Gregory also noted that the president's characterizing Latin American immigrants and refugees as "invaders," an "infestation" and "vermin" is similar to the kind of language the Nazis used to demonize Jews in the buildup to the Holocaust.

Gregory also noted that Trump's repeated use of the term "globalist" is an anti-Semitic dog whistle to white supremacists "whether he knows it or not."