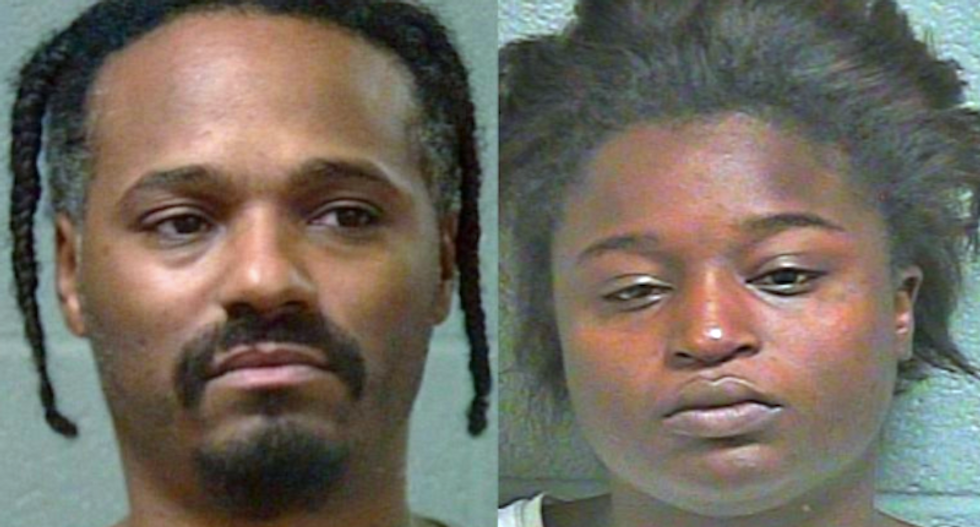 An Oklahoma couple has been arrested after their malnourished infant son died from a heart attack.

Secoya McNeary and Sir Tramane Neal found their 5-month-old son unresponsive early Friday in a bed with his twin brother and took the baby to an Oklahoma City hospital, where he was pronounced dead, reported KFOR-TV.

The baby and his surviving twin were both severely malnourished, and investigators say the infant had died from a heart attack.

Both babies weighed less than 4 pounds -- more than 8 pounds below the average 12-pound, 8-ounce weight for a 5-month-old boy.

The surviving baby has been hospitalized since his brother died.

The 28-year-old McNeary and 37-year-old Neal were each arrested on two counts of felony child neglect.

They remain held on $101,000 bond, and prosecutors said additional charges could be filed.