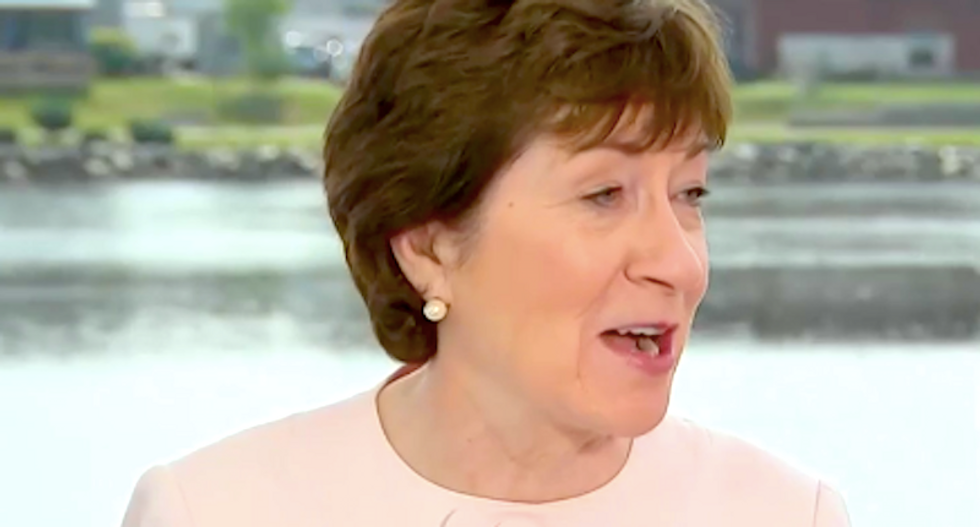 Response to the decision by Maine Republican Susan Collins to cast her vote to confirm newly-seated Associate Supreme Court Justice Brett Kavanaugh is affecting the senator's constituents as calls for a boycott of her home state grow. While well over $3.5 million has been raised to fund Collins' as yet unknown 2020 opponent, activists are hoping to make an immediate impact on her future fortunes by hitting the state in the pocketbook.

According to the local Press Herald, political commentator and radio personality John Fugelsang got the boycott rolling with a tweet to his 413,000 followers saying, "Dear Susan Collins — I really struggled with this but my tourist $ just voted against ever visiting Maine while you remain in office."

The Press Herald reports that Fugelsang's declaration has struck a chord with his followers who are following suit, including the owner of a Texas restaurant chain who said he is moving his seafood orders to neighboring New England states.

According to John Tesar, who owns six locations in Texas, with plans to open a seafood restaurant in Laguna Beach, California, he is angry and taking his business elsewhere.

“I am so disappointed and angry at her,” Tesar about the embattled GOP senator. “My intent is not to hurt the fishermen, it’s to have them vote her out of office. The only way to make a difference in this day and age is economically, and on November 6th.”

Tesar confirmed that he will take the “hundreds of thousands of dollars” he spends on Maine seafood – including lobster, fluke, sea urchin and scallops – and move that money to suppliers in other coastal states.

Another respondent to Fugelsang claimed to have canceled a $2,200 reservation at the popular Point Sebago resort.

According to lawyer Sandra Lundy, who lives in neighboring Massachusetts, she is not only boycotting the state -- she is actively campaigning for others to join her.

Lundy, who practices law in Brookline, said she normally comes to Maines once or twice a year to shop the outlet stores but that is ending due to what she called Collins' “intellectual and moral dishonesty."

“I’m not going to set foot in the state of Maine as long as Senator Collins is senator there. I won’t even order from L.L. Bean anymore. I’m just disgusted, she said, before adding, "there’s just one thing that makes people pay attention and that’s money.”