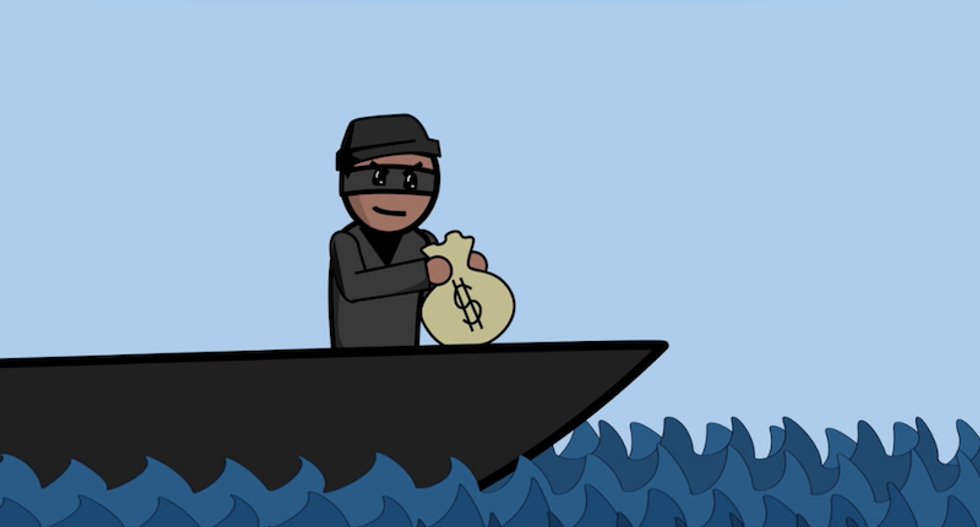 The Department of Defense has released a jaunty animated video promising to reveal the truth about the US military.

"While there have been plenty of movies about our armed forces, most tend to exaggerate what our military does day in and day out," the video says, perky music playing in the background.

"There's the real scoop about the Department of Defense," the narrator promises, over what appears to be an animated Hollywood celebrity holding a pink ice cream cone.

The video then breaks down the different parts of the DoD and delves into what each is designed to do.

The Army, according to the video, is tasked with "fighting and winning" the nation's wars, thereby keeping Americans safe.

"To do this, they use people, tanks, helicopters and vehicles to fight, defeat bad guys on land," the video says.

"Then there's the navy. It's all about the water," the narrator says, in case viewers are not aware that the US Navy operates at sea. "They work on it, above it, and below it," the narrator adds.

The DoD ends on a high note, observing that the department employs all kinds of professionals, from "gourmet chefs to rocket scientists."

"This video explains how the Defense Department is organized and how we defend our nation. Watch the video and then dive into the site to learn more," the DoD directs at the end.

Reactions to the video were brutal.

"The Defense Department has a comically ‘sh*tty’ new mascot," the Daily Beast wrote.

“I guess you go to war with the shitty animation you have, not the animation you might wish to have,” Matt Bors, editor of the comics website, The Nib, told The Daily Beast.

“The most expensive military organization in the world sure didn’t budget much for this,” Blue Delliquanti, the creator of indie comics series, mused. Delliquanti further observed that the cartoon seems geared to "literal children."

"I think the Department of Defense is microdosing," one user wryly observed.

Other users noted that the lighthearted tone was not appropriate for the American military machine.

In another move that could be viewed as taking too casual an approach towards America's wars, the Department Sunday tweeted an image with toy soldiers.