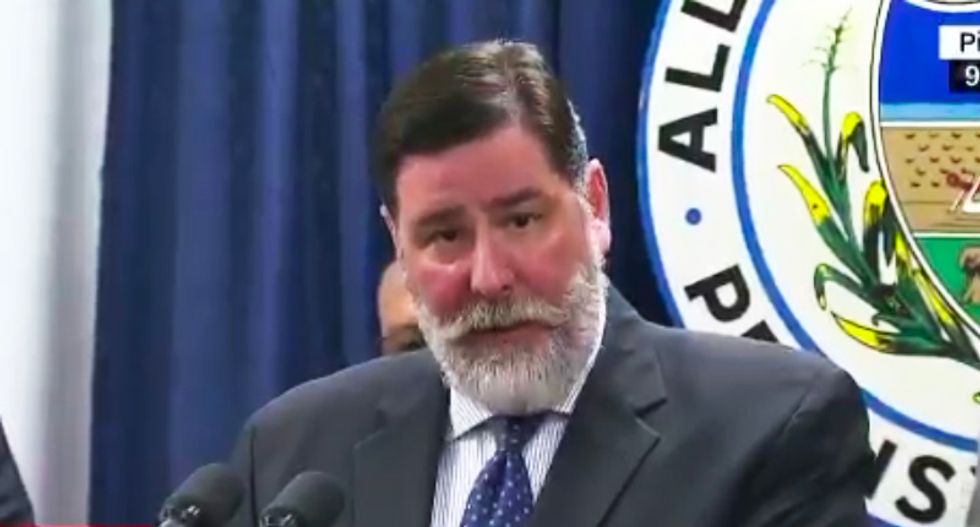 Appearing at a press conference to announce the names of the eleven victims of the horrific shooting at a Pittsburgh synagogue on Saturday, the mayor of the city made an impassioned plea for more laws to take the guns out of the hands of those who threaten others.

Speaking to reporters, Mayor Bill Peduto was asked what needs to be done as the country is continually wracked by mass shootings.

After noting President Donald Trump's call for armed guards at churches, synagogues and mosques, Peduto cut to the chase.

"I've heard the argument over the past years that we should arm security guards in our schools," Peduto solemnly said. "We're dealing with irrational behavior. There is no way that you can rationalize a person walking into a synagogue during services and taking the lives of 11 people."

"We should be working to eliminate irrational behavior and the empowerment of those type of people who commit carnage," he continued. "I think the approach that we need to be looking at is how we take the guns -- which is the common denominator of every mass shooting in America -- out of the hands of those that are looking to express hatred through murder."