Politicians have long used the ‘forgotten man’ to win elections 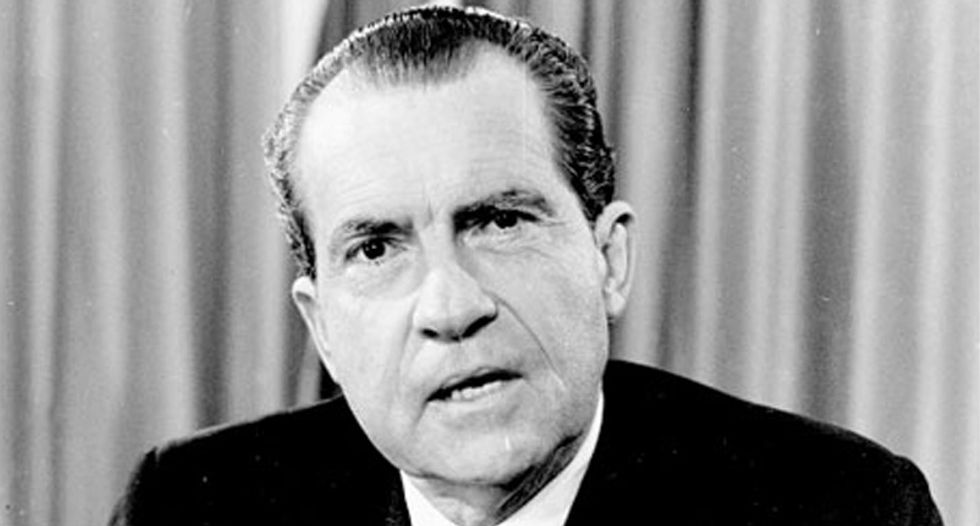 Since Thomas Jefferson’s time, candidates have put themselves forward as representatives of the so-called “forgotten man.”

As a scholar of American political history, I cover this subject in my book on presidential politics, “Republican Character: Nixon to Reagan.”

Perhaps the best modern example of this is Richard Nixon, who declared that he won the 1968 presidential election because he represented what he called the “silent majority” of voters.

Exactly what did Nixon mean?

The ‘forgotten man’ is born

In the 1932 presidential race, candidate Franklin Roosevelt used the phrase “the forgotten man” in his campaign against incumbent Herbert Hoover. At the time, Americans found themselves experiencing the effects of a global economic depression, and incumbent Republican President Herbert Hoover seemed unable to implement effective recovery measures.

Roosevelt’s use of the phrase “the forgotten man” proved effective – he won a landslide victory.

Roosevelt took the phrase from Yale sociology professor William Graham Summer, who wrote about “the forgotten man” in a Harper’s Weekly article published in 1883. Summer described the “forgotten man” as a “simple, honest laborer, ready to earn his living by productive work. We pass him by because he is independent, self-supporting, and asks no favors.”

Summer, an advocate for keeping government out of private enterprise, declared that the forgotten man sought “no paternal, undue government.” Roosevelt cleverly reversed the phrase to mean that the federal government needed to do more to relieve unemployment and promote recovery.

Since then the idea of the forgotten man, the little guy ignored by politicians, has loomed large in American political rhetoric.

In his early congressional races in 1946 and 1948, Nixon spoke of the forgotten man, whom he claimed to represent. Although his opponents depicted him as a tool of oil and big-money interests, Nixon portrayed himself as representing the average American. 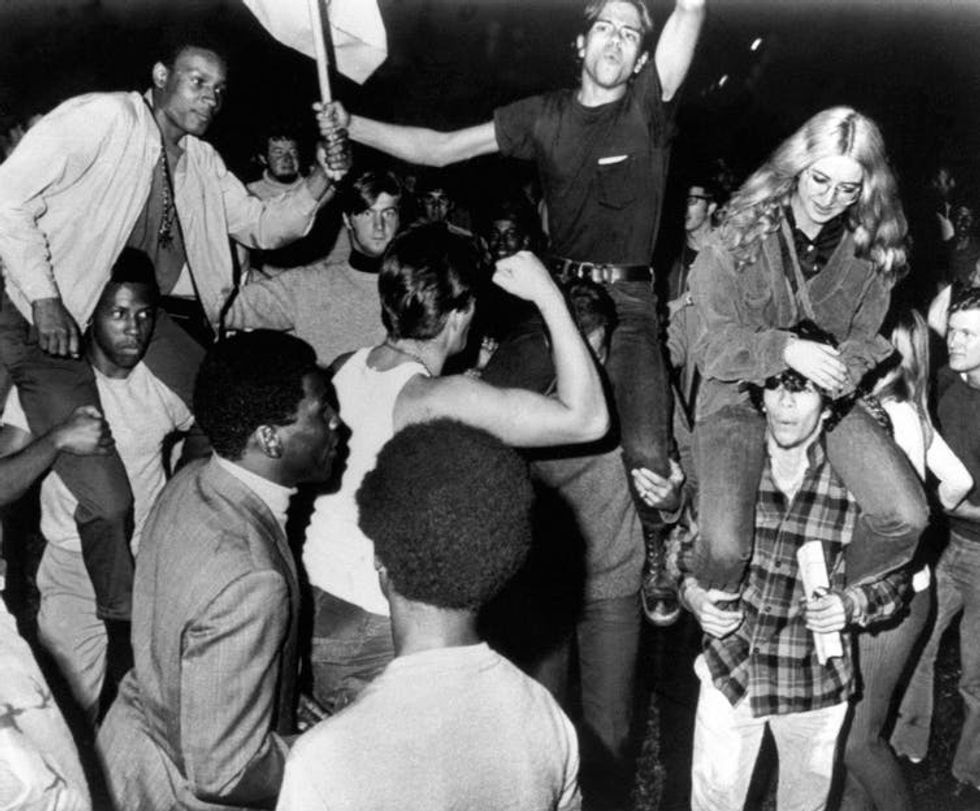 Protesters demonstrating at the Democratic National Convention in Chicago.

By the time of the 1968 presidential election, the American electorate had become deeply divided over the Vietnam War and race issues. Republicans tried to frame this divide as one of patriotism and law and order versus the “lawless” anti-war movement and inner-city rioters.

Many Americans were shocked by the anti-war demonstration that disrupted the Democratic National Convention in Chicago in late August 1968. For Republicans, these antiwar demonstrators became an easy symbol for the break down in law and order that was occurring in America at that time. Republicans such as Nixon appealed to voter concerned with what they perceived as the breakdown of order in their societies.

In late February 1968, a Gallup poll reported that “crime and lawlessness” was the most important domestic issue on the mind of the American electorate. Voters saw riots, violent demonstrations, juvenile delinquency and street crime as a single problem in American society.

In 1968, Nixon defeated incumbent Vice President Hubert Humphrey, who had received the Democratic Party presidential nomination with the support of Lyndon Baines Johnson, who had announced that he was not going to seek reelection. The Humphrey campaign fumbled the law-and-order issue. His approach was to come out strong for law and order while calling for more social spending to address rising crime rates. To voters who believed that liberals just did not have much to offer than more anti-poverty programs and welfare handouts, this was not convincing.

Nixon and the ‘silent majority’

A year after his victory in a speech given in November 1969, Nixon translated the “forgotten man” into “the silent majority.” In the televised speech, he asked average Americans, “the great silent majority” that stands against the small vocal minority, to support his policies in Vietnam.

Nixon’s use of the “forgotten man” and “the silent majority” was not just good campaign rhetoric. It reflected a substantive reality that many average Americans did not feel represented by the media, which seemed in their eyes to spend more time on antiwar protesters than on average patriotic Americans such as themselves.

The silent majority spoke in 1968 and again 1972 by voting a Republican into the White House, just as they did in 2016 when they voted for Donald Trump. Perhaps these voters in 2016 were not the popular majority, but they were decisive, just as they were in 1968.