Reporter ridicules Trump’s embrace of Kanye: ‘Laughable’ to treat him as an ambassador from the black community 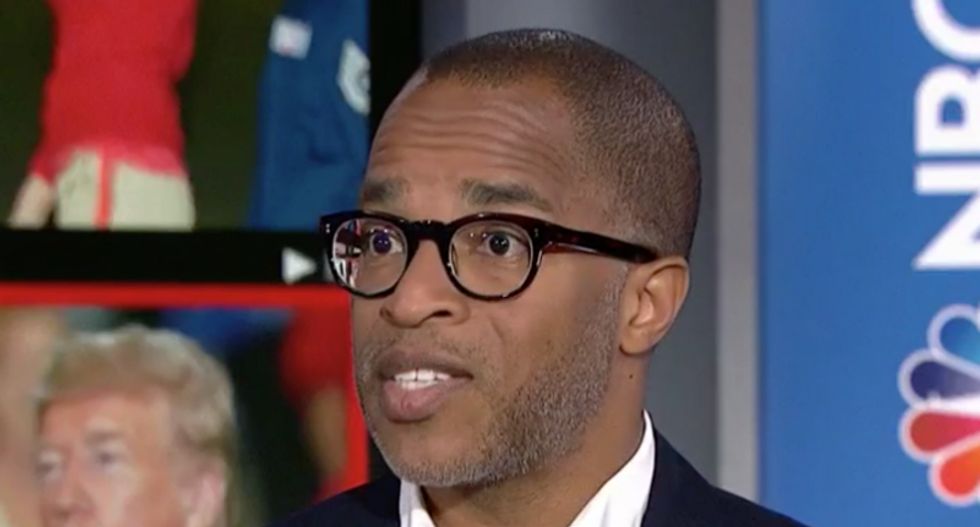 During a Thursday appearance on MSNBC, Washington Post reporter Jonathan Capehart ridiculed President Trump's "laughable" embrace of Kanye West as a spokesman for the African-American community.

Capehart said the president was in a hole with black voters, and touting the economy wasn't going to fix it.

"The president can say whatever he wants to say about black unemployment, but when you talk to African-Americans," he said, "they will point to the disrespect of black women in congress like Congresswoman Frederica Wilson, Congresswoman Maxine Waters, his derogatory comments about countries in Africa."

Capehart also indicated that the president's rhetoric had poisoned whatever good employment news he had to offer.

"The tenor and tone of this nation right now is something that doesn't makes African-Americans comfortable or feel at home, regardless of what the unemployment numbers say."