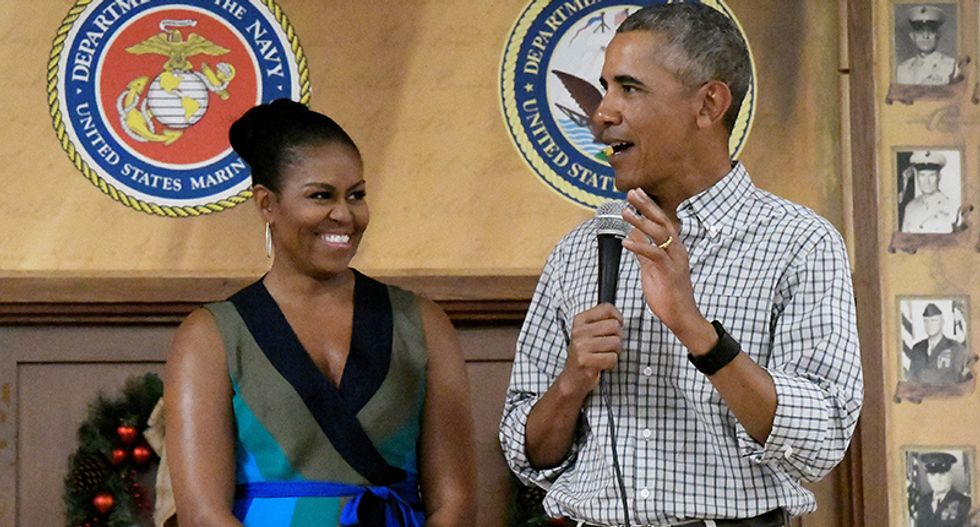 A suspicious package addressed to Barack and Michelle Obama was intercepted this week by the U.S. Secret Service.

The package was treated as a potentially explosive device, just as a package was that was addressed to Bill and Hillary Clinton and intercepted by Secret Service agents.

A third suspicious package was found Monday in the mailbox of billionaire philanthropist George Soros and detonated by local police.

The package sent to the Obamas was intercepted near their home in Washington, D.C., while Soros and the Clintons live about 10 miles from one another in New York.

The devices sent to the former Democratic presidents were similar to a pipe bomb found at Soros' home, according to a law enforcement official.

No suspects have been identified.