Seth Meyers: Fox News' Sean Hannity is what you would get if you gave Frankenstein the brain of Alex Jones 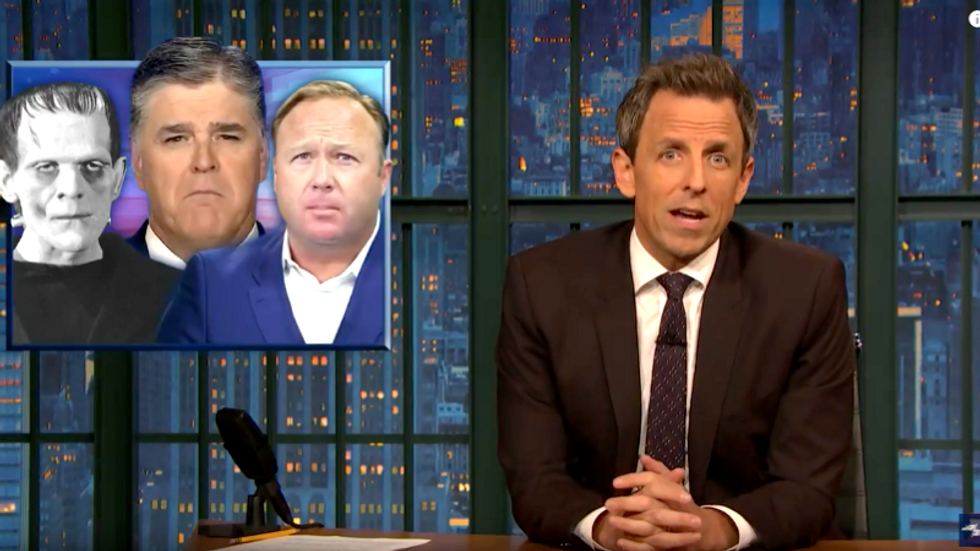 Multiple Fox News pundit denied that bombs were sent to CNN and prominent Democrats and brushed them off as nothing but a hoax before the Midterm Elections.

"Lou Dobbs might be the most unhinged conspiracy theorist on Fox which is saying a lot considering Fox also employs [Sean Hannity]," Meyers joked.

"Sean Hannity is what you would get if you gave Frankenstein the brain of Alex Jones. But somehow Dobbs has been able to out-crazy him," he said.