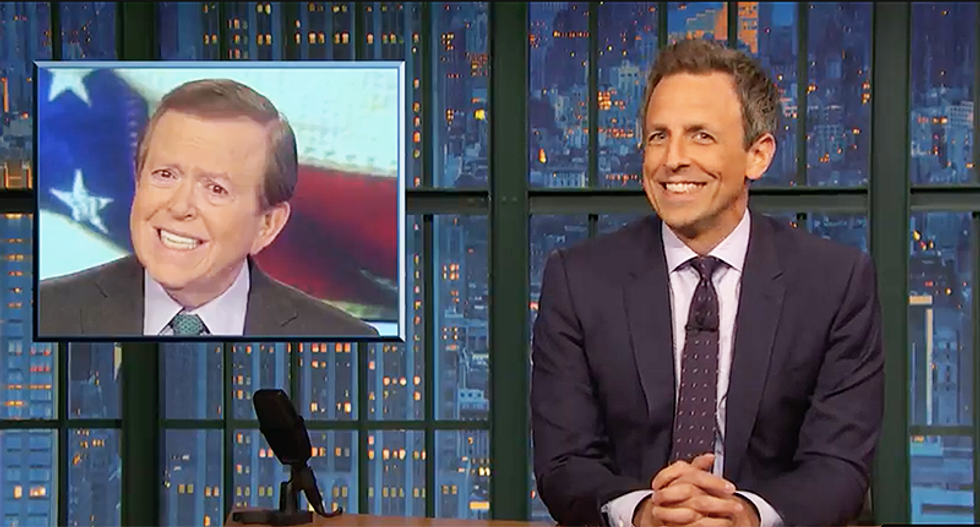 Late Night's Seth Meyers on Wednesday slammed Donald Trump and his allies not only for lying and fearmongering on television about a caravan of migrants headed to the American border but also for not being ignorant about the actual regions the caravan is traveling through.

Fox News, Meyers noted, has "been tracking the caravan obsessively" but "sometimes have difficulty pronouncing the locations."

The host rolled a clip of Fox host Lou Dobbs trying — and hilariously failing — to pronounce the name of a Mexican city the migrants were traveling through.

"Not even close, my man!" Meyers said. "That sounded like he had the world's shortest aneurysm."

"I'd hate to see Lou Dobbs at a Taco Bell," he continued, doing an impression of the Fox host trying to order a meal from the popular Tex-Mex chain.