'I shouldn't have said that sh*t': Dave Chappelle admits he messed up when he said 'give Trump a chance' 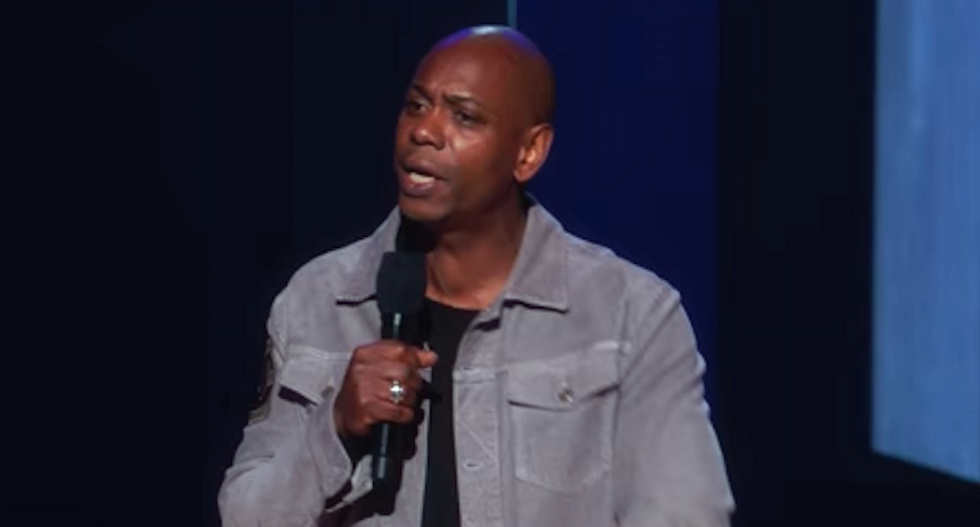 In an interview with CNN's Van Jones, comedian Dave Chappelle for the second time expressed regret for claiming he wants to "give [Donald] Trump a chance" shortly after the 2016 presidential election.

"It's hard to tell where Trump ends and his constituency begins," Chappelle said. "I think the rhetoric of his politics is repugnant. I don't like the way he talks."

The comedian suggested that the president has not responded to the growing need for "cultural sensitivity" — a need he admitted to having difficulty with himself.

"Even a guy like me that's just writing jokes, I have to listen more than I've ever had to listen," he said. "Because the gripes [are] coming so fast and furious."

"I'm not dismissive of people's gripes," the comedian continued, possibly referencing the backlash he received for making jokes about transgender people and the #MeToo movement in his late 2017 Netflix special. "Might not sound like it when I get on stage, but I listen."

Chappelle later expounded on why he urged audiences to give Trump the benefit of the doubt.

"I said we should give Trump a chance because he's the president of the United States," he said.

In May of 2017, Chappelle apologized for the comment and admitted he "f*cked up" in making it.

"I shouldn't have said that sh*t," Chappelle told Jones, eliciting laughter from the host and audience members.