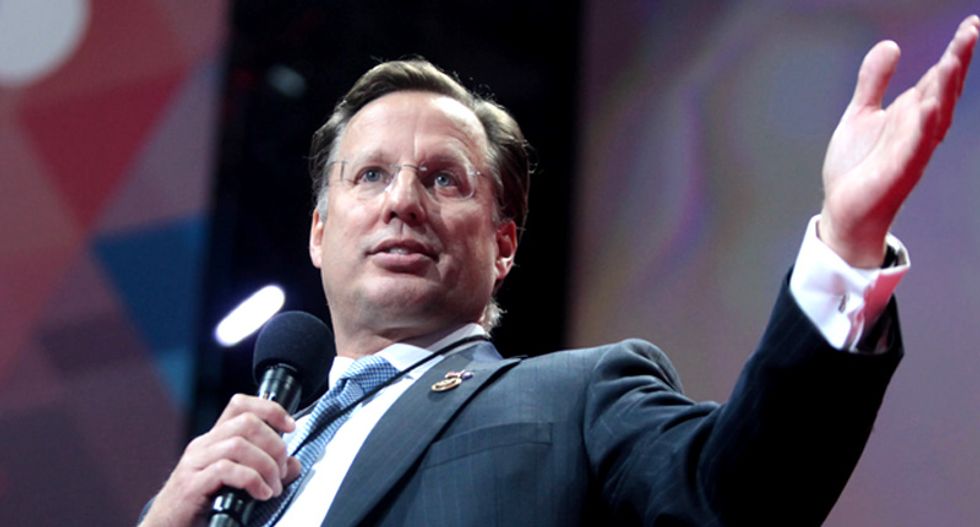 Rep. David Brat (R-VA) this week went to the Chesterfield County Jail to visit an addiction support group -- and proceeded to bitterly complain to inmates about the horrible time he's having during his campaign to get reelected to Congress.

Ben Paviour, the politics reporter for local Virginia NPR station WCVE, has posted an audio clip of Brat that he says was recorded right after a recovering addict talked about the struggles that she would face after being freed from prison.

Instead of empathizing with her story, Brat immediately talked about how difficult his life was right now because he's having to deal with getting blitzed by negative campaign ads.

"You think you’re having a hard time -- I got $5 million worth of negative ads coming at me," Brat told the inmate. "How do you think I’m feeling? Nothing’s easy. For anybody."

Brat went on to complain that no one knew just how hard he's had it while running for reelection.

"You think I'm a congressman, 'Oh, life's easy for this guy,'" he fumed. "I've got a daughter, she's got to deal with that crap on TV every day. It's tough -- no one out there has got some easy life! And you've got it hard, I'm not dismissing that. You've got some real, fierce anxiety coming up with a job."

An odd moment from @DaveBratVA7th's visit to an addiction support group at Chesterfield County Jail: After an inmat… https://t.co/KSiR5ydvKD
— Ben Paviour (@Ben Paviour) 1539828325.0