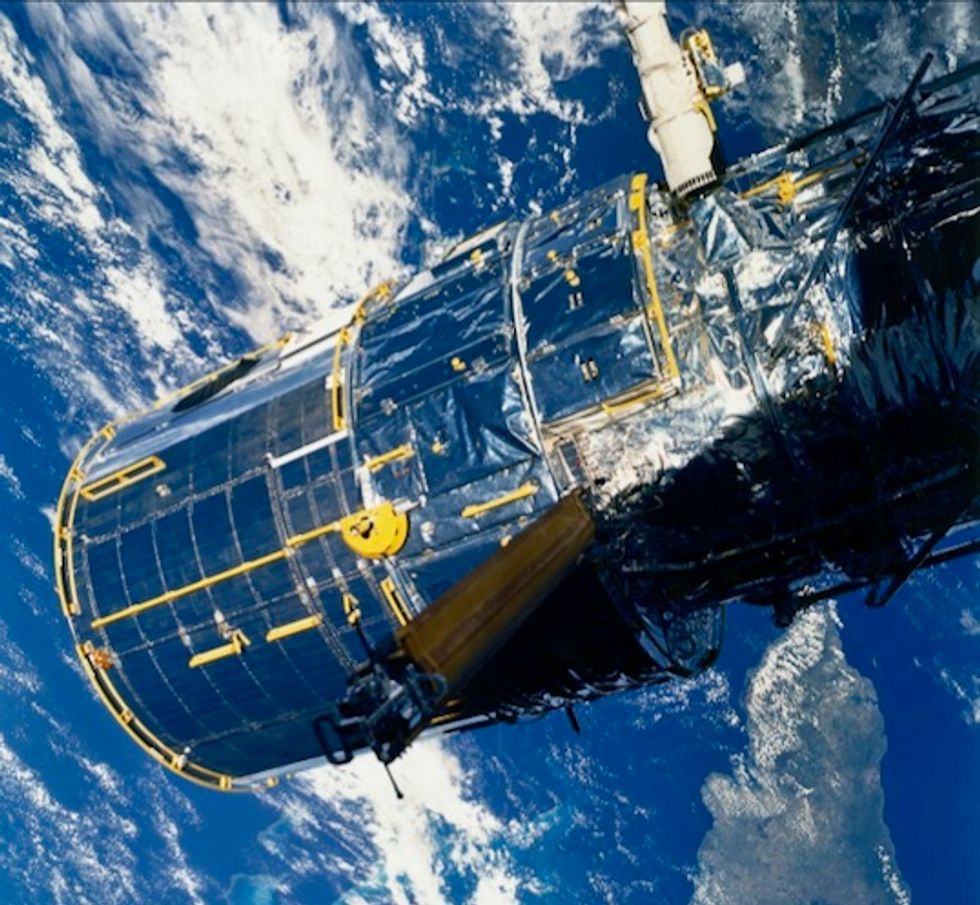 The Hubble space telescope, which has been in orbit since 1990, is currently out of action because of a gyroscope failure, the US space agency said Monday.

"Mission experts are taking steps to return Hubble to great science," the National Aeronautics and Space Administration (NASA) said in a tweet.

It said Hubble went into "safe mode" on Friday because of the failure of another of the six gyroscopes used to orient the telescope.

Hubble is currently down to two working gyroscopes and needs at least three for optimal operations but it can continue to provide observations with just one functioning gyroscope.

Dr. Rachel Osten, the deputy head of the Hubble mission, said it had been a "very stressful weekend."

"First step is to try to bring back the last gyro, which had been off, and is being problematic," Osten said on Twitter

ESA/AFP/File / A. Simon, J. DePasquale This handout photo from the European Space Agency shows observations of the planets Mars and Saturn made with the Hubble Space Telescope

"We knew it was coming," Osten added. "The gyro lasted about six months longer than we thought it would (almost pulled the plug on it back in the spring).

"We'll work through the issues and be back," she promised.

Hubble has made numerous outstanding observations of the cosmos since it was deployed in 1990.

The James Webb Space Telescope, the successor to Hubble, is scheduled to be launched in March 2021.