Trump adviser John Bolton and top aide ‘have the knives out’ to get rid of Mattis: report 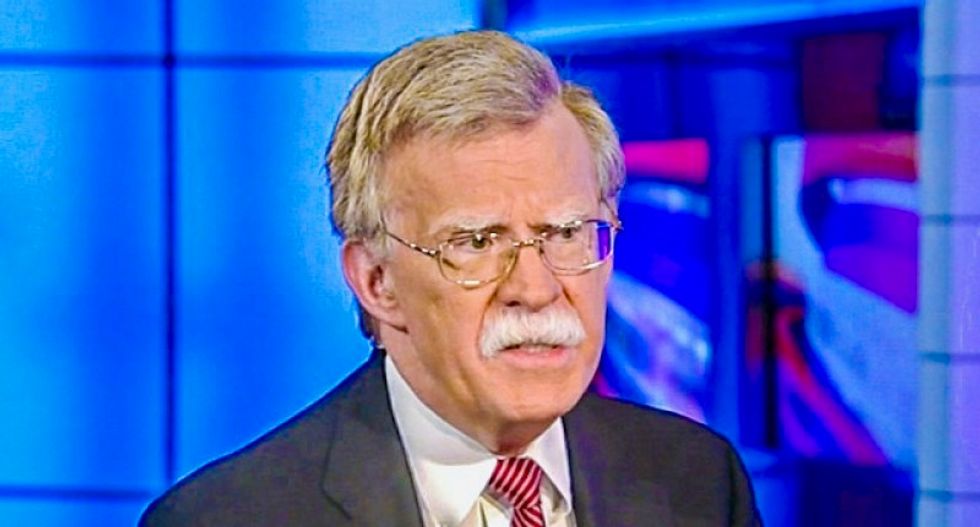 According to a former senior defense department insider, National Security Advisor John Bolton and his top deputy are leading a "whisper campaign" hoping to accelerate the departure of Defense Secretary James Mattis in order to  solidify the hawkish Bolton's influence over President Donald Trump.

A former senior defense official told FP that Bolton believes Mattis is “not ideologically aligned" with a Trump administration that wants to be quicker on the trigger to respond to international confrontations than the less confrontational -- and more introspective -- former United States Marine Corps general.

Describing Bolton and his aides as having " the knives out," the ex-defense official said Mattis' detractors are  trying “to build the sense that he is done for.”

According to one White House official, “Mira and Bolton are the only ones who benefit if Secretary Mattis leaves,” because Mattis is considered a moderating force by Republicans and Democrats alike.

A former official said Trump's irregular National Security Council meetings—where he gets advice and viewpoints from multiple  officials --  worries Pentagon officials because they feel their voices are not being heard consistently by a president notable for reacting to the last thing he has been told.

“What that means is that the president is not regularly hearing in any organized and disciplined fashion from the full range of his advisors,” the former official said. “He is getting [the meetings] one-off and ad hoc, and often controlled by Bolton.”