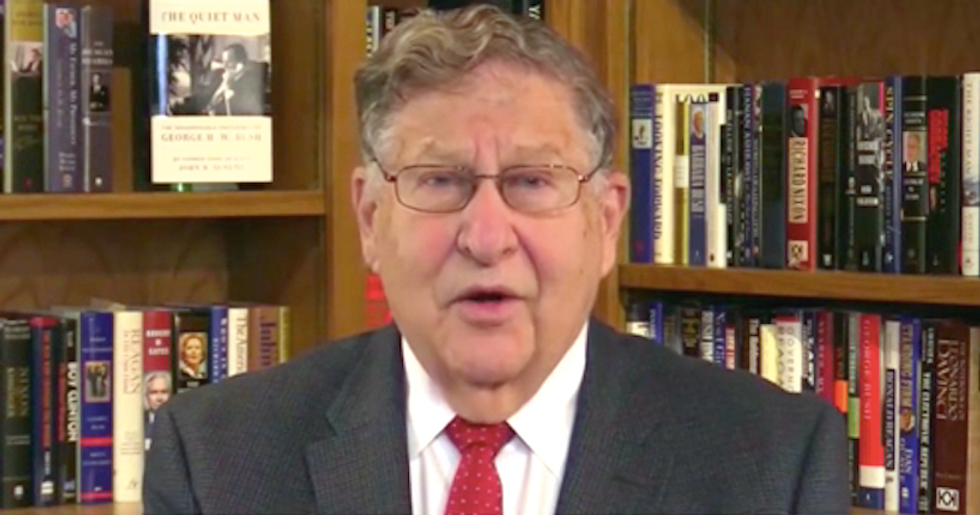 A supporter of President Donald Trump told Fox News that he thinks voters are too distracted by the World Series to care about the massacre of 11 worshipers in a Pittsburgh synagogue.

John Sununu, the former governor of New Hampshire and White House chief of staff to George H.W. Bush, doesn't think Republicans will shoulder any blame for the murders despite running ads that promoted anti-Semitic conspiracy theories cited by the gunman.

"As horrific as what happened in Pittsburgh was, and as little scary the Florida bomber was, I went to four events over the weekend, three of them non-political," Sununu said. "The talk here was the Red Sox, and then beyond that, if they got to talk politics it was all about the local races, the governor, the congressional races. Very few people were tying the political side to the events of the past week."

Anchor Bill Hemmer looked a bit incredulous, and he asked Sununu whether he had watched coverage of the weekend's top stories on other networks -- which the former governor had not.