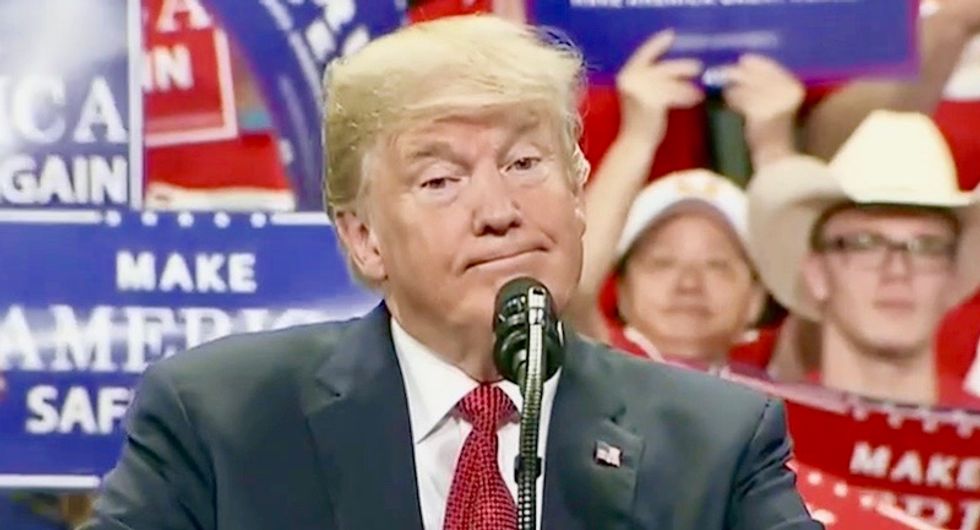 In an address to the International Association of Chiefs of Police in Orlando Monday, President Donald Trump stated that law enforcement should bring back a policy of "stop and frisk" to lower violence in cities like Chicago.

He then praised Rudy Giuliani, his personal lawyer, for enforcing stop and frisk to clean up New York.

"It was meant for it. Stop and frisk. And Rudy Giuliani, when he was mayor of New York City, had a very strong program of stop and frisk," Trump told the police chiefs.

Civil liberties critics have pointed out that stop and frisk unfairly targets minority youth. In 2013, a New York judge ruled that the way the NYPD applied stop and frisk was unconstitutional.