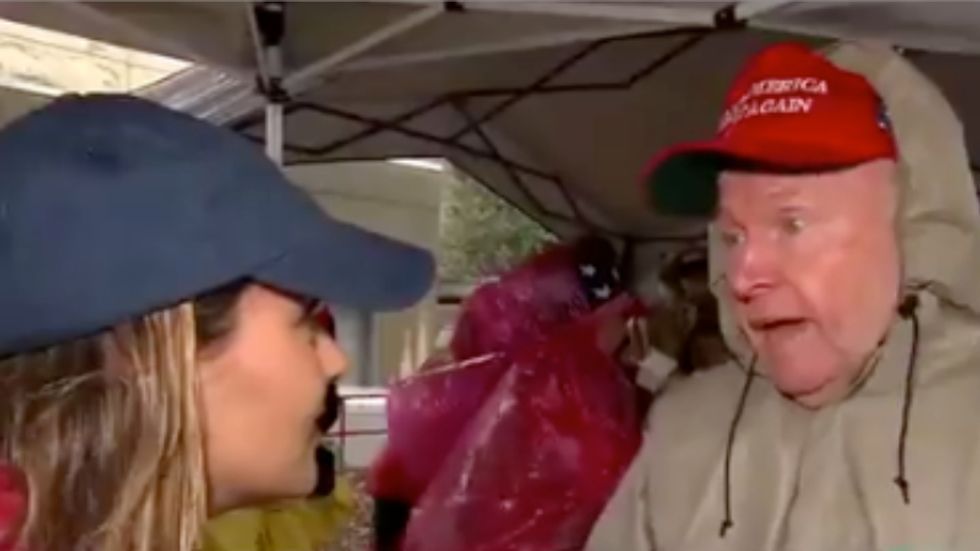 On Friday at President Donald Trump's rally in Charlotte, NC, one of his supporters failed to believe the news about serious bomb threats sent to CNN and Democrats.

Arvil Runyon, an older white man, said that Barack Obama and Hillary Clinton most likely mailed the bombs to themselves.

"No, probably not," Runyon said. "They probably had it done. They may have paid him to do it."

"What would be the upside of that?" the reporter asked.

"Trying to bring people over to their side," he said suggesting that they wanted to turn people against Trump.