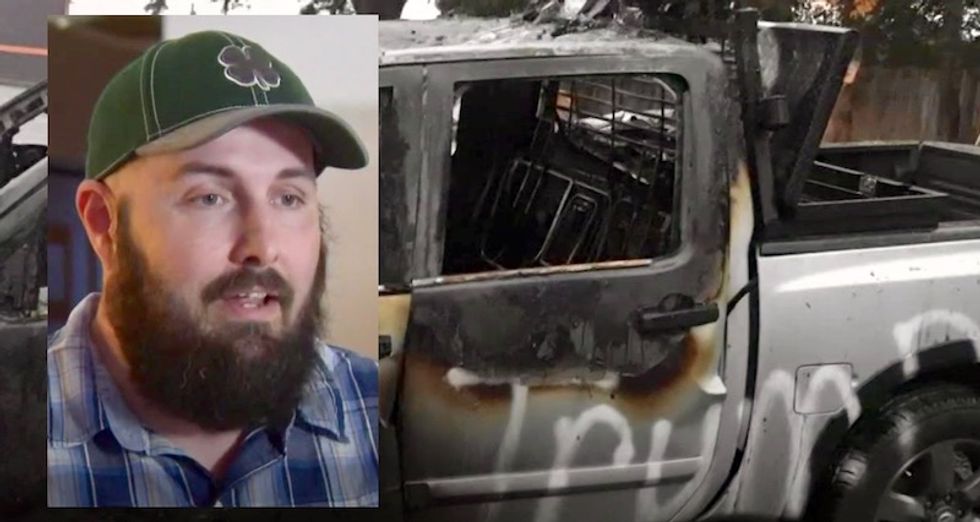 A Trump supporter allegedly had his truck set ablaze and tagged with graffiti while parked outside a bar in the Portland suburb of Vancouver, Washington, reports KGW TV.

Johnny Mackay was parked outside the Garage Bar and Grille in the suburb's quaint downtown, which includes a number of record stores, marijuana dispensaries and breweries.

Mackay's truck had several Trump stickers on it, including one that said "Make Liberals Cry Again."

"People just need to relax," Mackay said. "The world's not going to stop turning because someone's in office that you don't like."

Mackay is certain that his car was targeted because the alleged vandal wrote "Trump" on the side in white spray paint.

Watch the local news report below.