'Trump trying to turn the clock back to before the Civil War': Ex-Obama attorney hammers plan to undo birthright citizenship 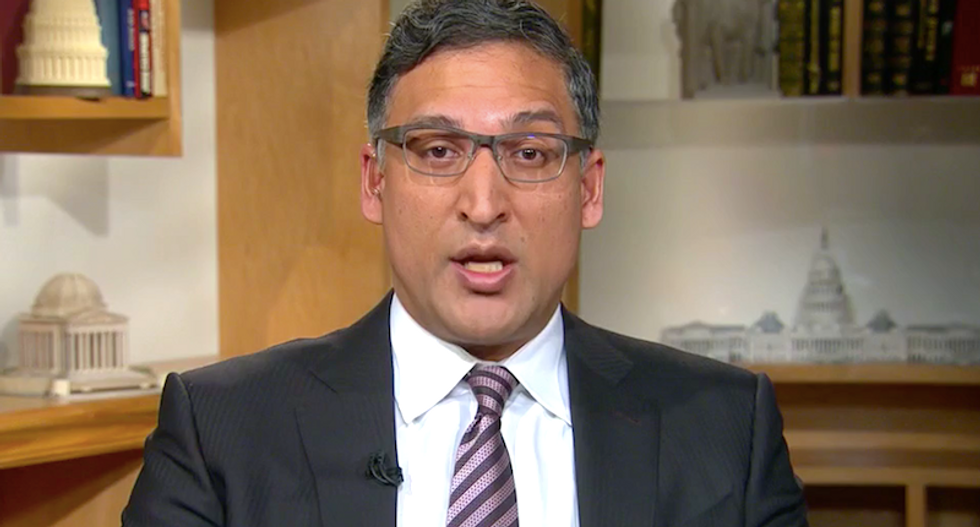 "I've argued 37 cases at the Supreme Court, I'd say all of those were tough," Katyal said. "This is not a tough case, this is an open-and-shut case."

"It doesn't require, like, some lawyer or some fancy lawyer, it basically just requires anyone who can read," he added. "The text of the 14th Amendment says, 'all persons born or naturalized in the United States and subject to their jurisdiction thereof are citizens of the United States,' period. There are no exceptions, that's what it says."

Co-hosts Joe Scarborough and Mika Brzezinski said that might be a problem, because they're not certain the president can read, but they said Trump's attorneys and advisers undoubtedly could.

"In any administration in our lifetimes the lawyers would have stood up and said, what in the world are you talking about?" Katyal said. "You can't possibly do this, you can't even float it -- it is un-American and unconstitutional. But these lawyers are nowhere to be found."

"I mean, Trump has put in place at the Justice Department and the White House not just a C-team or D-team," he added, "but something below that who fundamentally aren't acting the way lawyers should, which is to say to a president who wants to do something or a politician, huh-uh, that's a red line, you can't do it."

Katyal said the president's suggestion was a fundamental betrayal of American values.

"Trump is going the full antebellum, trying to turn the clock back to a way of thinking before the Civil War, a war of Dred Scott vs. Sanford, the idea that if you're born a slave and your children are born slaves, then their children have to be slaves."

"We fought a war about that," he added. "We don't punish children because of whatever their parents did or anything like that."