US arrests alleged Chinese spy over theft of aviation secrets 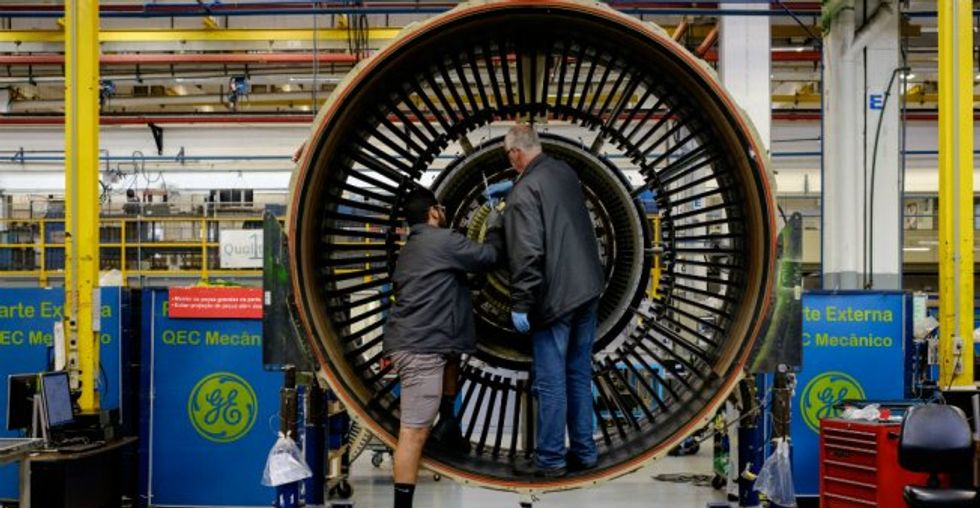 Chinese operative Yanjun Xu was detained in Belgium in April after a Federal Bureau of Investigation probe and extradited to the United States on Tuesday.

The Washington Post reported he was lured to Belgium by U.S. agents.

The FBI called it an unprecedented extradition and said the indictment showed the direct oversight of China's government in economic espionage against the United States.

The charges come as Washington increases pressure on Beijing over its trade policies and alleged theft of U.S. intellectual property.

Cybersecurity experts said the arrest was another sign of the escalating trade tensions between the two countries, adding they had seen increasing espionage by Beijing for business advantage.

It described another unnamed firm as "one of the world's largest aerospace firms, and a leading manufacturer of commercial jetliners and defense, space and security systems," and a third as a leader in unmanned aerial vehicle technology.

GE Aviation has supplied engines for large Boeing Co and Airbus SE aircraft, and is working on a new generation of engines for commercial planes and heavy-lift military helicopters.

The indictment against Xu said he targeted aviation firms since around December 2013. It also said he made contact with experts working for the firms and recruited them to travel to China, often for the initial purpose of delivering a university presentation and paying their costs and a stipend.

"This unprecedented extradition of a Chinese intelligence officer exposes the Chinese government's direct oversight of economic espionage against the United States," the statement quoted Bill Priestap, the FBI's assistant director for counterintelligence, as saying.

John Demers, the assistant U.S. attorney general for national security, said the case was not an isolated incident.

"It is part of an overall economic policy of developing China at American expense," he said. "We cannot tolerate a nation stealing our firepower and the fruits of our brainpower."

The Chinese Embassy and Xu's lawyers did not immediately respond to requests for comment.

Cybersecurity experts said former U.S. President Barack Obama and Chinese President Xi Jinping had reached an understanding in 2015 on cyber espionage, but the agreement appeared be withering away.

Chris Painter, the former U.S. State Department official who negotiated the agreement, said in a Twitter post it was "not surprising that now the relationship has deteriorated, so has the agreement."

Late last month, the Department of Justice reported the arrest of a Chinese citizen in Chicago on charges he covertly worked for a high-ranking Chinese intelligence official to help try to recruit engineers and scientists, including some who worked as U.S. defense contractors.

NBC News on Tuesday quoted U.S. officials as saying a professor at a top cancer research center in Houston facing child pornography charges was also under scrutiny for alleged economic espionage for China.