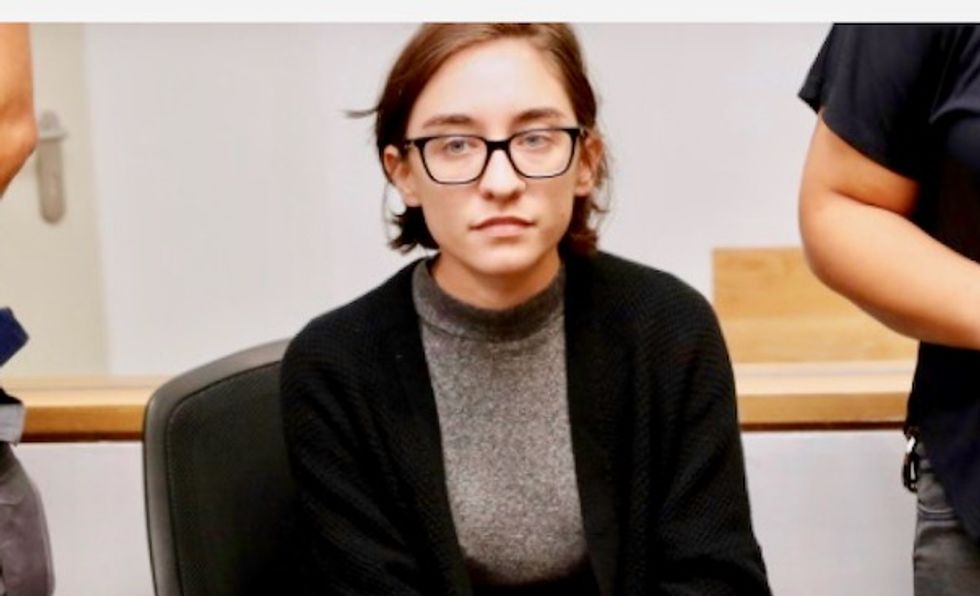 © AFP | US student Lara Alqasem sits for a hearing at the Tel Aviv district Court on October 11, 2018

A US student banned from entering Israel for allegedly having supported a pro-Palestinian boycott of the country appeared in court on Thursday to challenge the decision.

It is the latest in a series of cases drawing criticism of an Israeli law barring boycott supporters that opponents say violates freedom of expression.

Israeli authorities have also come under criticism in recent months over what some have seen as the politically motivated questioning of certain foreigners seeking to enter the country.

Lara Alqasem, 22, arrived at Israel's Ben-Gurion airport on October 2 to study for a master's degree at Hebrew University in Jerusalem, but was not allowed to enter.

She has been held at an immigration facility, choosing to challenge the entry ban rather than fly back to the United States.

A hearing was being held on her case in Tel Aviv district court on Thursday.

In March 2017, Israel's parliament passed a law banning the entry of supporters of the pro-Palestinian Boycott, Divestment, Sanctions (BDS) movement, inspired by measures against South Africa before the fall of apartheid.

Alqasem, reportedly of Palestinian descent, is said to have been president of a chapter of Students for Justice in Palestine while an undergraduate student at the University of Florida.

The group has supported boycott campaigns against Israel.

Alqasem has reportedly said she has since distanced herself from the movement, and supporters point to her willingness to enter Israel to study as proof.

Israeli media has quoted her mother, Karen Alqasem, as saying that she had enrolled for a one-year master's course in human rights at Hebrew University, for which she had an Israeli visa.

The university has called on the authorities to allow her in to study, while professors from the University of Florida have also supported her.

A professor of Jewish language and culture who taught Alqasem in Florida wrote in a letter to the editor to Israeli newspaper Haaretz that she was "an outstanding student, curious, with an open mind".

Dror Abend-David added that she was "someone who very much wanted to study international relations in Israel to develop her own opinion on the conflict."

The United States said Wednesday it supports freedom of expression and that its embassy in Jerusalem was offering Alqasem consular assistance.

"As a general principle, we value freedom of expression even in cases where we don't agree with the political views expressed and this is such a case," State Department deputy spokesman Robert Palladino told reporters.

"Our strong opposition to the boycotts and sanctions of the state of Israel is well-known," he said.

But he added: "Israel is a sovereign nation that can determine who enters."

Israeli Strategic Affairs Minister Gilad Erdan has said that he would consider allowing Alqasem to take up her university place if she publicly denounces BDS.