The View's Meghan McCain claims gun owners are victims after Pittsburgh: 'We're demonized to such a degree' 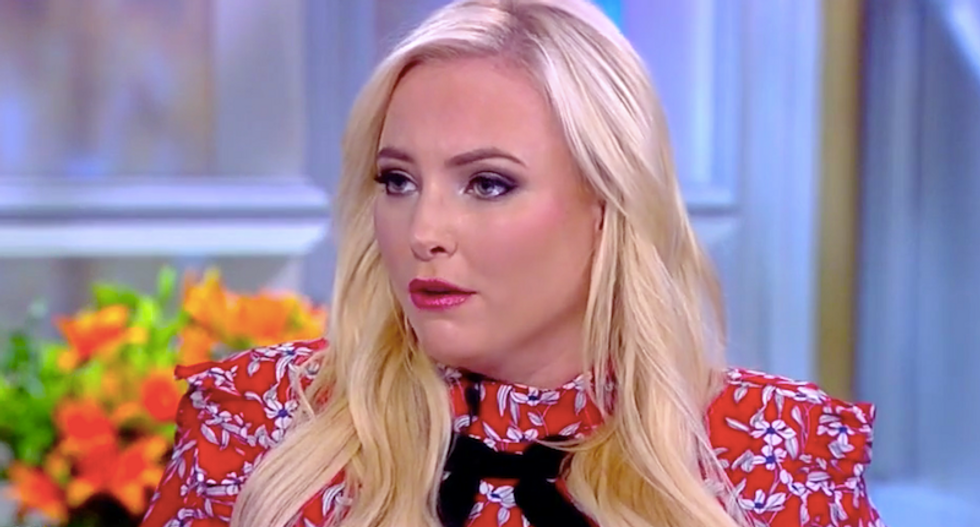 "The View" co-hosts Meghan McCain and Joy Behar clashed over gun laws during a discussion about the Pittsburgh synagogue massacre.

Behar irritated McCain when she argued the latest mass shooting was additional evidence that new gun laws were needed to limit access to AR-15 rifles.

Behar invited her to go ahead, and McCain argued that Democrats were at least partially to blame for the shooting because they hadn't sufficiently condemned Louis Farrakhan for a tweet comparing Jews to termites -- but she still wasn't over the call for new gun laws.

"I am a legal gun owner and gun laws don't have any impact on people who legally go and buy guns and use them in a safe way," McCain said. "As a gun owner and NRA member, we're demonized to such a degree after -- fine, you're not even looking at me."

Behar admitted her attention had drifted to the 1960s, when the NRA supported gun control laws after Black Panther activists took up arms -- and McCain lashed out in frustration.

"Do you want to define to me what an assault rifle is," McCain said. "Just define it, anyone at the table."