These are politically chaotic times, but looking at the current crop of TV drama, viewers might agree the signs have been there for a while. Writers have long been obsessing over the end of the world, pumping out apocalyptic visions that eager audiences have been lapping up. Think dark alternative histories, catastrophic disasters – natural and political – plagues, vampires and zombies. Lots of zombies.

Amazon brought us The Man in the High Castle (2015-ongoing), the BBC gave us SS-GB (2017), Channel 4 served up the Handmaid’s Tale (2017-ongoing), Netflix produced Containment (2016), a remake of Belgian drama Cordon, and last but certainly not least, there is Fox’s Walking Dead (2010-ongoing). All are spectacular, horrifying, gripping visions detailing the collapse of the world as we know it. 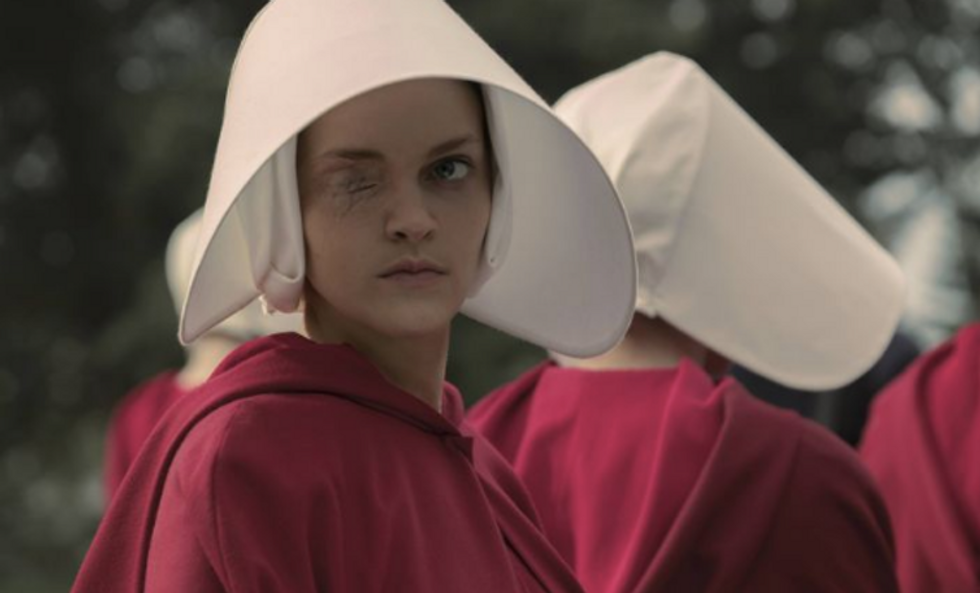 The Handmaid’s Tale is a chilling vision of power, religion and female oppression which some believe is already being echoed in America.

It’s not about the zombies

The Walking Dead series has been among the most popular and returned for a ninth season on October 8. If its sister show Fear the Walking Dead is taken into account, this represents an astonishing 13 series depicting the collapse of civilisation. That’s a lot of end-of-the-world drama, but as Jungian psychologist Marie-Louise von Franz noted:

People who are emotionally gripped by a story or an idea repeat it endlessly and cannot stop talking about it or telling and retelling it… It is a means of [releasing] a strong emotional impact.

Drama matters because it sketches out in the imagination a sense of what is possible. It’s never about the zombies. In the popular imagination lurks the possibility of nuclear annihilation, pandemics, misogyny and repression, religious fundamentalism, extreme nationalism and environmental collapse. Humanity has moved from being at the mercy of nature to having the power to destroy it. No wonder our speculative drama is so dark.

Apocalypse narratives in themselves are nothing new. Popularly they are associated with excessive visions of destruction and death, but the word “apocalypse” is derived from the Greek word apokalypsis (the opening word, in fact, of Revelation 1:1), which simply means “uncovering” or, as the book itself is called: Revelation. Apocalypse literature is about revealing what has been hidden. 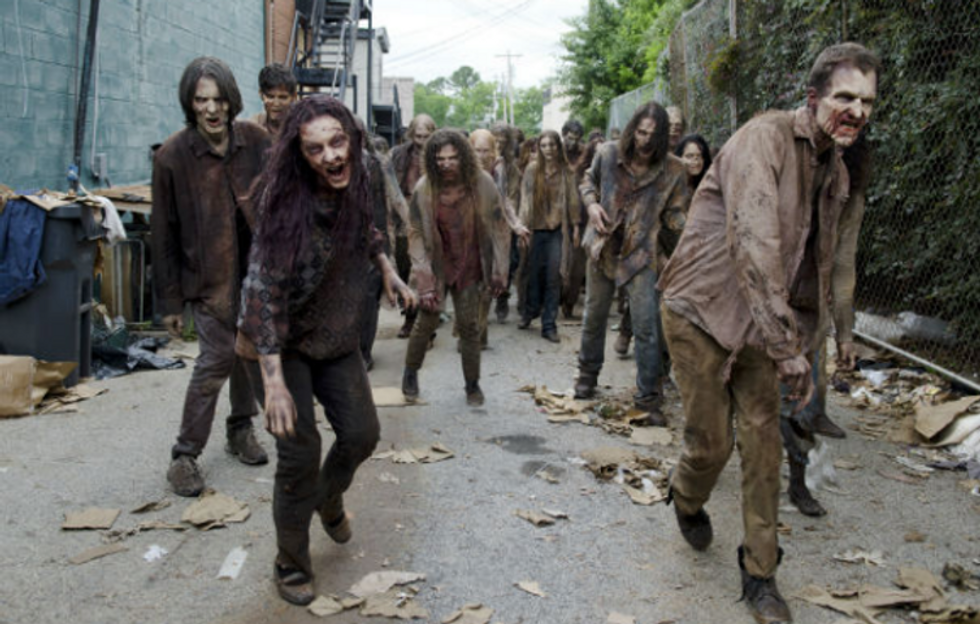 The Walking Dead is about a group of survivors struggling after the zombie apocalypse.

The biblical Book of Revelation is only one of a number of texts reaching back into pre-Christian times, coinciding with periods of great political and cultural upheaval, which continue to be written well into the medieval period. There are Coptic, Syriac and even Islamic versions of apocalypse all arising in times of crisis and change.

Most of these writings contain a degree of pessimism and a concern with the end of history and cosmic cataclysm, but they are really there to encourage the oppressed. Apocalypse scholar John J Collins points out that most apocalyptic writing entails a challenge to view the world in a radically different way. It is a revolutionary imagination designed to generate visions not of what is, but of what might be. The real focus of apocalypse literature isn’t about the spectacle of collapse, but about what comes after.

As religious studies academic Stephen O'Leary explains in his essay in the Encyclopedia of Apocalypticism:

Modern media, particularly television and film, occupy a role in our society analogous to religious narratives, art and drama in the pre-modern period… as a source of theatre for the collective imagination.

But writers of our contemporary apocalypse narratives seem to be suffering from a failure of that imagination. They are adept at the first part of traditional apocalypse narratives detailing what is wrong, with accompanying visions of the old world being swept away, but what about the second part? What comes next? What else?

If we accept that they are reflecting a concern with the end of the world as we know it, what should there be in its place? Isn’t it time we had some stories that show hints as to how we overcome, resist or even avoid such things? An occasional chink of light, or possibility of hope for an outcome that doesn’t feature survivors endlessly killing each other over dwindling resources would be welcome.

The Walking Dead dramas have been moving in that direction. The season four finale of spin-off show Fear the Walking Dead saw the survivors set off on a mission to help other people and foster a sense of community – a marked change of direction from the “survival at any cost” narrative up until that point.

Halfway through season eight of The Walking Dead, a character called Georgie was introduced, who gave the Hilltop survivors community a book called A Key to the Future, which explained how to build medieval technology (such as windmills and aqueducts) to help the community become more self sufficient. Again, quite a shift from battling over the leftovers of civilisation that had marked the series up until that point.

Season 8 focused on a storyline of emancipation, where various communities banded together to break free from The Saviours, a group who demanded tithes of supplies with threats and extreme violence. The first episode of the ninth season of The Walking Dead was called A New Beginning, with trailers suggesting the new series will explore how or if those remaining can find a way to live together peacefully.

Or perhaps not. Audiences for this undead franchise have been falling (though still high in comparison to rival shows), so maybe viewers are still more interested in violence and high-octane action than any notions of lasting peace and working together. Audiences may revel in visions of “burning it all down”, but eventually thoughts must turn to what comes next. Let’s hope the writers are ready to embrace a true revolution of the imagination.