Washington Post reporter: Kanye's meeting with Trump was ‘just sad’ -- and a distraction 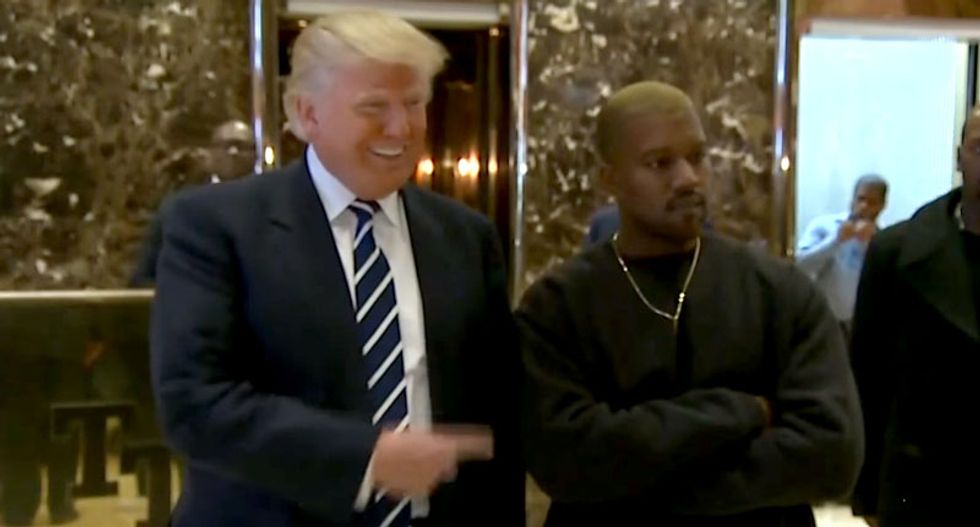 Trump welcomed West to the Oval Office to talk about prison reform. During their meeting, West went on an explosive rant about how people need to respect Trump more.

West even dropped an F-bomb during the meeting. “He might not expect to have a crazy motherf*cker like Kanye West support him,” West told reporters.

Lowery noted that while Trump was meeting with West there was serious news unfolding, such as Hurricane Michael and a missing journalist abroad.

"It was certainly a remarkable spectacle," Lowery told CNN's Dana Bash. "At a time when we see these reports from Brooke [Baldwin] down at the ravaged Florida host after the hurricane, and [when] we're awaiting any updates on our colleague presumed assassinated by the Saudi government — this kind of spectacle is taking place in the White House, with a controversial celebrity, who in this conversation disclosed he has been diagnosed with bipolar disorder."

He added, "There are very few words to describe what we saw. You could argue that it was just sad. It certainly was remarkable and it was entertaining but empty calories."