WATCH: Black woman tackled and bloodied by hospital security guard for stepping outside 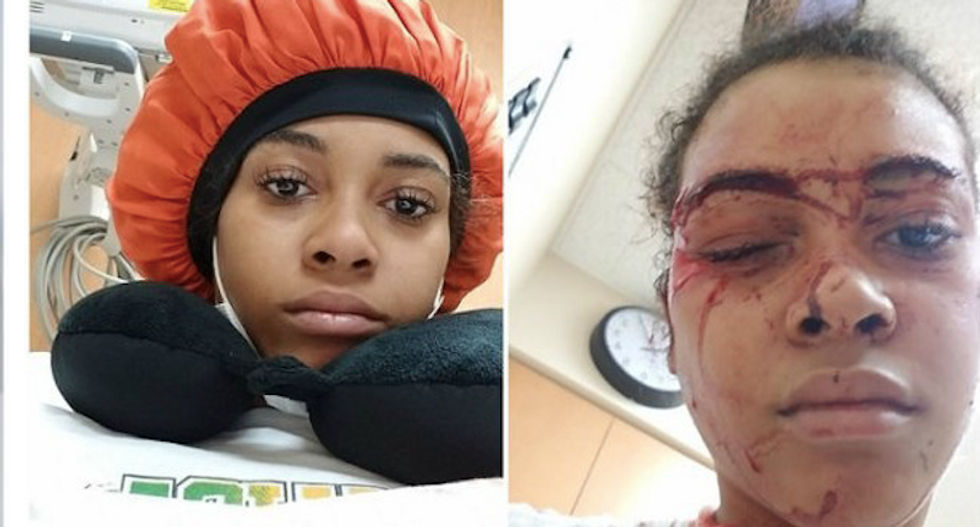 A young black woman, Vanity Allen, checked into a St. Louis, Missouri, hospital complaining of stomach pains. When she stepped outside to get fresh air, she claims a large security guard tackled her, leaving her face bloodied, reports the River Front Times.

Security camera footage release by the hospital shows Allen getting tackled. Nevertheless, it's Allen who's facing criminal charges. According to the Times, she's being accused of assault in the fourth degree.

In a lawsuit against the hospital, Allen says that beyond her physical injuries she's had symptoms of PTSD and that she's forgone a job opportunity in a different state because she's reliant on her relatives for support.

Her lawyer told reporters that he, at the very least, expects police to drop the charges against his client.

"This was a young lady with zero criminal history, admitted for bonafide medical reasons, who had a port installed," her lawyer, Albert Watkins, says. "She had the bad fortune to run into Superman in a unitard, coming out of nowhere, who decided it was time to teach this young lady a lesson."