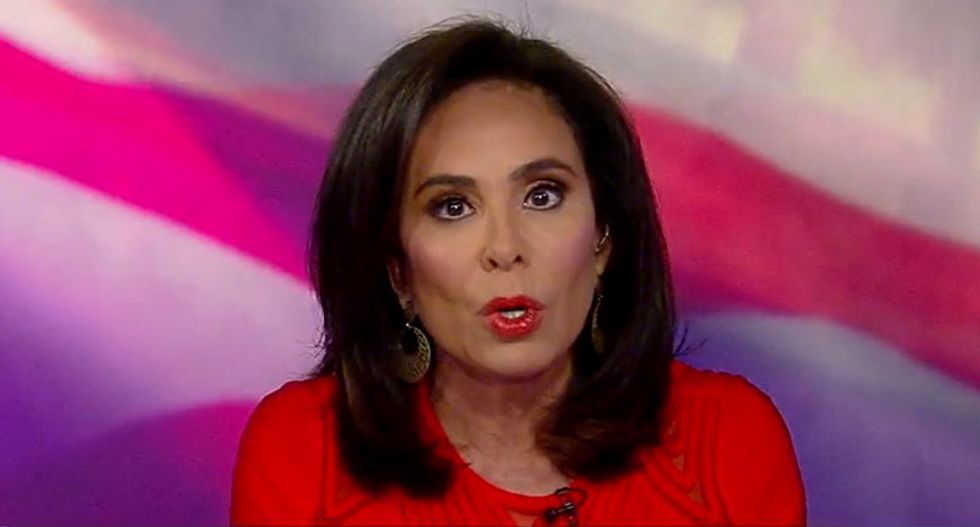 Tuesday morning CNN ran a special report from media critic Brian Stelter that in no uncertain terms pointed the finger at Fox News for hyping up the immigrant "invasion" that featured prominently in the online postings of Pittsburgh synagogue shooter Robert Bowers.

Showing clips from various shows including hosts Laura Ingraham, Tucker Carlson, and Lou Dobbs, Stelter explained that the term "invasion" was in constant use on the conservative network about the caravan that still sits almost 1,000 miles away from the U.S. border.

"The Pittsburgh shooting suspect's hatred of Jews merged with his hatred of immigrants to deadly results," Stelter reported. "He called migrants 'invaders,' using the same dehumanizing language that has been saturating rightwing radio and TV."

With that, he showed clips from various Fox News and Fox Business programs using the terminology before adding, "We may never know where the suspect heard these words or why he believed them, but we do know that the hate crime coincided with the rise in hateful language, from the Infowars fringe to Fox's primetime lineup."

Stelter pointed out that, before the horrific synagogue shooting, Bowers commented online: "I have noticed a change in people saying 'illegals' that now say 'invaders.' I like that."

The closing statements of Alex Jones lawyer unfolded on Wednesday afternoon as Mark Bankston argued that the fringe host was the same as a Holocaust survivor.

After arguing that the Sandy Hook families couldn't even spend all the money if they were awarded it, Bankston explained that coming after Jones means no one is safe.