WATCH: GOP consultant fumbles for an answer after being asked why party is making white supremacists welcome 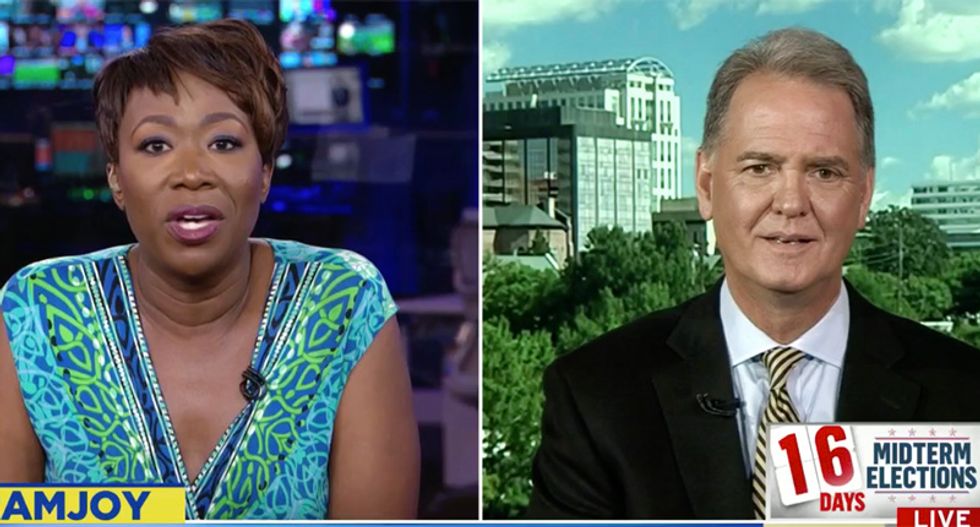 Discussing a profanity-laced mob assault on House Minority Leader Nancy Pelosi (D-CA)  in Florida on Wednesday by alt-right protesters and GOP operatives, a Republican consultant was at a loss for words why his party is welcoming white nationalists into the fold.

"The problem with characterizing it as both sides thing, Katon," Reid parried. "On this side, we're talking about staffers to members of the United States Congress participating in this, number one, and then the second thing is, you know, there isn't an equivalent of, you know, we don't have to advertise them. But they are showing up at conservative events called 'Unite the Right.' They're showing up at Republican events and feeling comfortable there. The so-called alt-right which is basically white nationalists have succeeded in just blending right in and being welcomed. There are people with these sympathies inside the White House."

"Well, I've seen both sides and I can't tell you who's invited to the rally and who's not invited," Dawson attempted only to be cut off by the MSNBC host.

"But if they're not the same, wait, no!" Reid insisted as he protested. "It is not the same to have members of these ultra-nationalist and in some cases, white nationalist groups blend into your party. They're blending in and they're feeling comfortable there -- that's a problem."

"I'm not sure that the comfortableness of  that [GOP acceptance], certainly I'm not comfortable with it," Dawson replied. "But I'm not sure you when you say they're blending and they're comfortable."