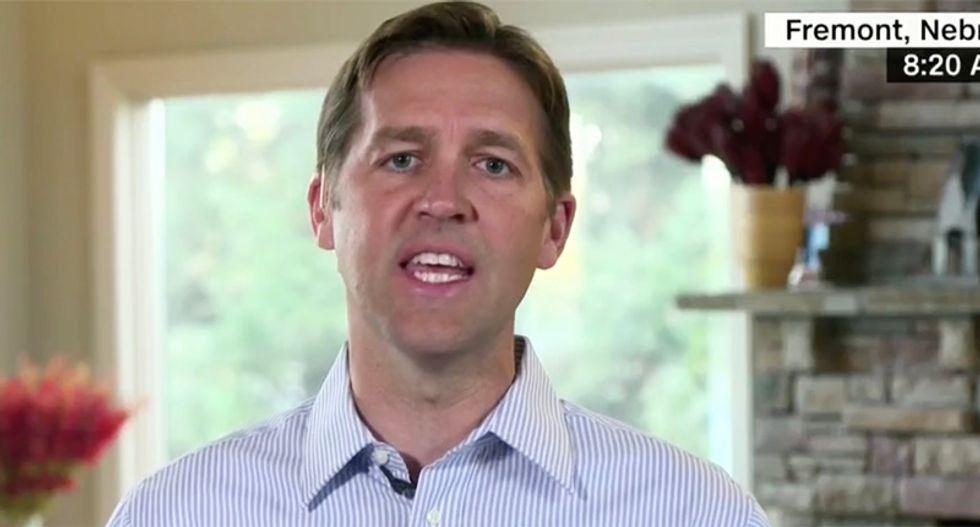 Invited on to CNN to discuss the decline of civility in America -- particularly in the realm of politics -- conservative Sen, Ben Sasse (R-NE) took a shot at Fox News host Sean Hannity, saying his appeal to the 1 percent of Americans who listen to him is "bad for America."

Speaking with State of the Union host Jake Tapper, Sasse was asked about a statement in his book "The Vanishing American Adult," where he was critical of the cable networks for pushing shows that appeal to political extremists.

"You have harsh words in the book for partisans on both sides, including Fox News host Sean Hannity," Tapper pointed out. "That his goal is not to offer coherent arguments against liberal principles but instead, quote, 'His core cause is to rage.'"

"Hannity responded on Twitter saying after your book fails 'I will gladly debate you about how the success of the last two years would never have happened with your never-Trumper positions and also we could talk about why I know you are a con artist and phony,'" Tapper quoted the Fox News personality.

"I told Sean I would be happy to debate him in a neutral environment about whether or not his business model is good for America because it's bad for America and we need to back up," Sasse replied.

The Nebraska senator went on to compare Hannity to MSNBC host Rachel Maddow, saying she and the Fox host have a lot in common.

"Hannity is number one and Rachel Maddow is number two," he said of their popularity. "They both have the same basic business model; try to intensify the political addictions of the 1 percent of America that's listening to you and you can always demonize your opponent, never give what the other argument is."

"The business model that people like Hannity advance isn't good for the next generation because it doesn't get to any sense of what a shared republic is doing together," he concluded.