WATCH: Houston teacher fired for telling Hispanic couple they 'swam here' so she could teach their 'dumb*ss kids' 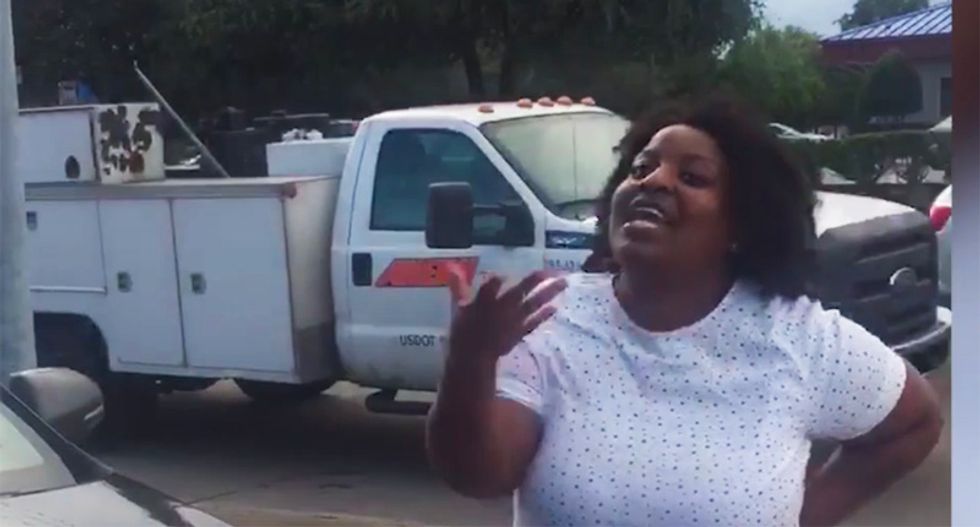 A teacher at the KIPP Voyage Academy in Houston is out of a job after she went on a racist rant against a Hispanic couple following a fender bender that was caught on video and posted to Facebook.

According to the Houston Chronicle, Tiffany Scott, 27 has already been dismissed after the incident which occurred on Tuesday, which also resulted in her being arrested by Houston police for assault for slapping the cellphone out of the hand of the woman filming her.

In the video, which can be seen below, Jose Sanchez said his fiancee, Kimberly Lopez, say they recorded her tirade, which they posted to Snapchat and then Facebook, but later took down because their assailant was being attacked personally in the comments.

Scott can be heard yelling at the couple, making racial slurs before asking them if they have kids, complaining that she is a teacher who is forced to "teach their dumbasses."

Speaking with the Chronicle, Scott said the other couple started it by claiming they told her "she swam here from Africa" -- which they denied -- but did own up to her own comments seen in the video.

"My intentions was [sic] never to bring any other race down, so I want to go ahead and apologize for that," she explained.

According to the school, they were alerted to the altercation right after it went viral.

"Wednesday morning, we were made aware of a video being shared on social media where a KIPP employee is observed making racially insensitive and inappropriate comments while off-campus," the school said in a statement, announcing the dismissal.