Watch Newt Gingrich blame bomb recipients for bringing it on themselves: 'They have been very hostile to conservatives' 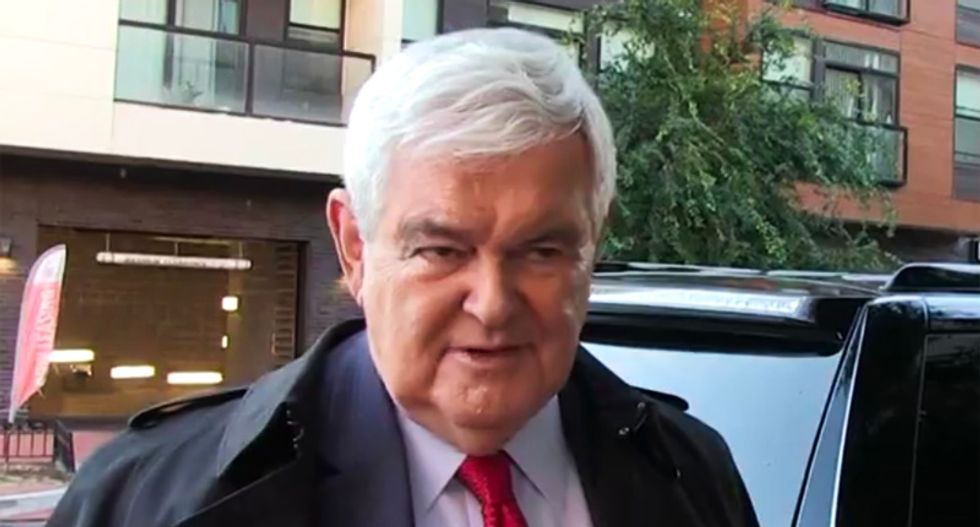 Speaking with a TMZ street correspondent, former House Speaker Newt Gingrich (R) blamed the recent recipients of mail bombs -- which include former Presidents Barack Obama and Bill Clinton and actor Robert DeNiro -- of reaping what they have sown.

Saying he wasn't personally concerned about what was going on, Gingrich first glibly dismissed the threat, saying, "I have faith in God."

Asked whether he believed President Donald Trump's "rhetoric" might have increased the threats, the Republican replied, "Well, you mean like Congressman [Maxine] Waters (D-CA) comments saying they should drive Republicans out of public [view]?"

"That kind? Or the former Attorney General [Eric Holder] saying they should kick Republicans when they are down?" he continued.

Pressed on whether Trump should be ratcheting up his attacks in light of the mail bombs, Gingrich replied, "I don't think there is a direct connection between Trump and the people (inaudible). Look, the people you are talking about have been people who have been very hostile to conservatives."

"Very," he added for emphasis.