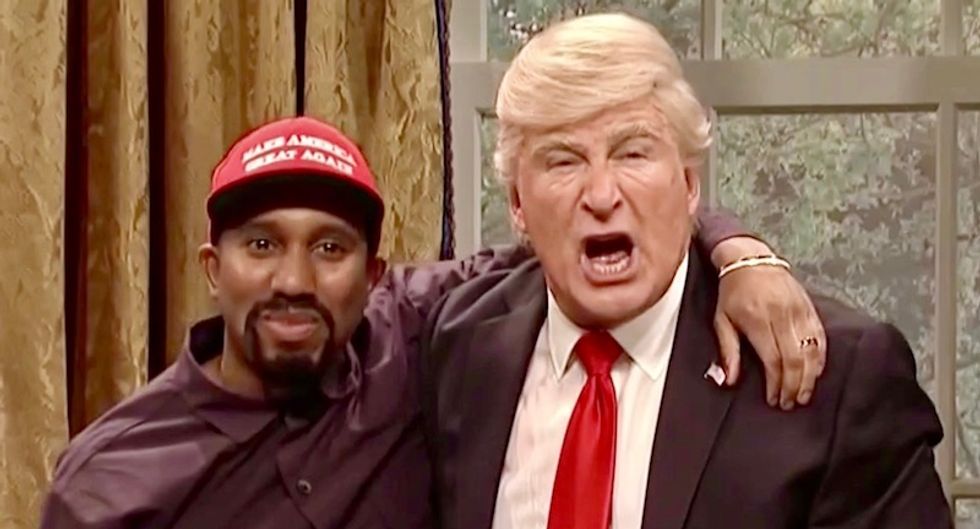 Saturday Night Live opened this week's episode with its own version of the historic Trump-Kanye summit, in which rapper Kanye West lobbied President Donald Trump to do something about the Constitutional amendment that banned slavery.

Alec Baldwin was back playing Donald Trump, and, like in real life, mostly listened as West delivered what he introduced as "a few brief, lucid remarks."

"It's in no way a publicity stunt," Trump said. "This is a serious conversation between three friends and 50 reporters with cameras."

In the skit, Trump's inner monologue is heard as he quickly realizes Kanye is "cuckoo."

"Maybe we should order your lunch from a pharmacy," Trump thinks.

"Pretty soon it's going to be a negative murder rate, we're going to digging bodies out of the ground!" West says.

After a bit, Trump realizes what the crazed rambling reminds him of—himself.