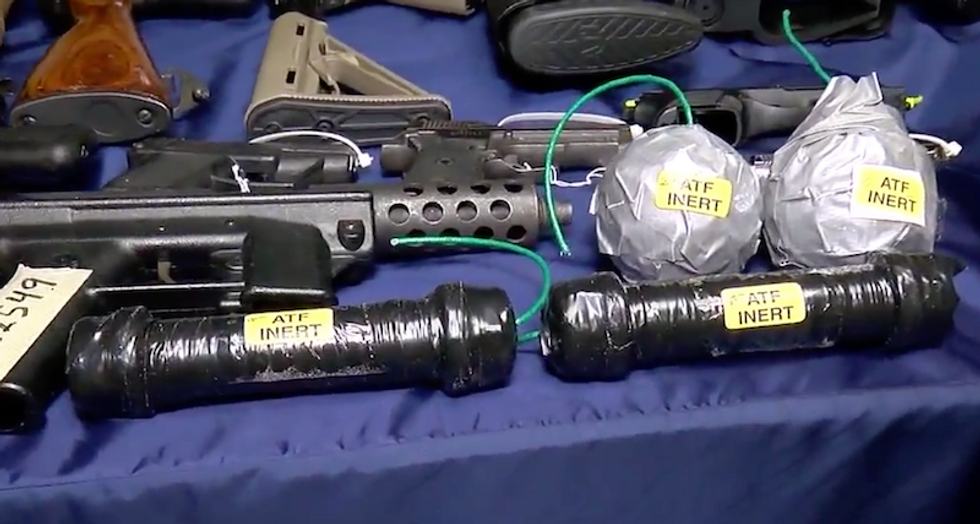 Thirty-nine members of the United Aryan Brotherhood and Unforgiven neo-Nazi groups were arrested in a Florida drug trafficking sting — and one had functional pipe bombs in his home.

Tampa's WFTS-TV reported that the multi-agency sting codenamed "Operation Blackjack," a three-year-long investigation, led to the seizure of more than 110 illegal firearms, a rocket launcher and two pipe bombs from the individuals mostly based in Pasco County, Florida.

Prosecutors accused one man, 31-year-old Richard Mormon, of having "at least two fully functional pipe bombs" though authorities were unsure what he planned on doing with them.

The United Aryan Brotherhood is, according to the Southern Poverty Law Center, the nation's oldest prison-based white supremacist group. The Anti-Defamation League reported that Unforgiven is a Florida-based neo-Nazi prison group whose insignia "consists of an interlocking Iron Cross and swastika, with SS lightning bolts in the center."

In May, 57 members of white supremacist groups in Texas — including the state's Aryan Brotherhood — were charged in a similar meth sting.