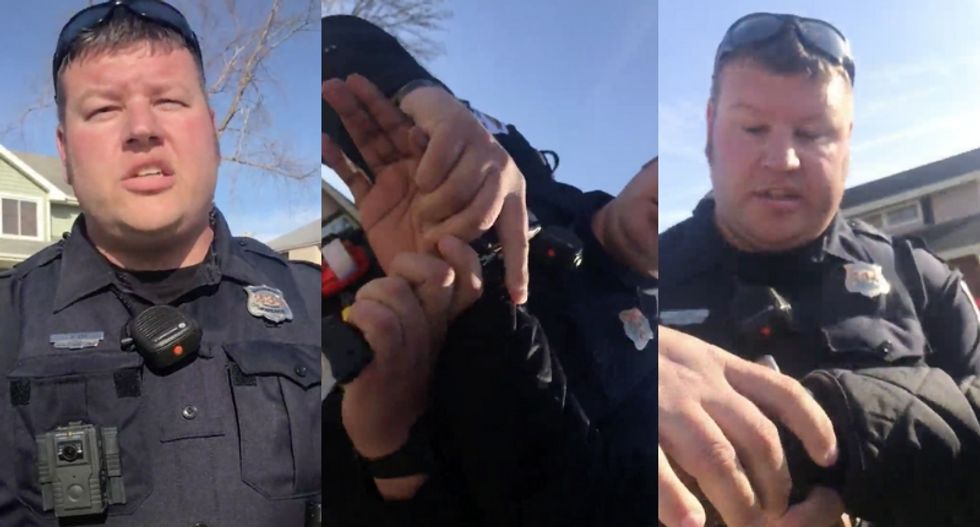 A black volunteer working to reelect a GOP congressman in Iowa said a police officer arrested him while campaigning — and believes it was racial profiling.

Iowa Citizens for Community Improvement released a press release Monday reporting that Keilon Hill, a black Louisiana native, was campaigning for Rep. David Young (R-IA) in West Des Moines ahead of the midterm elections when an officer approached him, claiming he was responding to a call about a "suspicious person."

According to the release, Hill was employed by a political action committee supporting Young and was seated on a curb gathering his notes after canvassing a neighborhood when West Des Moines Police Officer Clint Ray approached him.

After an exchange in which the officer first accused Hill of "soliciting," Ray then threatened to detain the volunteer and suggested to him that it didn't matter if he'd broken the law.

"You are not listening," the officer told the volunteer. "I’m investigating a suspicious person."

"Have I broken any laws?" Hill asked him.

“That’s not the point," Ray responded.

Hill tried to walk away — and that's when Ray arrested him for "Interference with Official Acts."

ICCI noted that volunteer went back to knocking on doors in another neighborhood for Young the next day and said someone called the police on him again, and that "a woman invited him into her home so the police would leave him alone."

Local NBC affiliate WHO-TV noted that WDMP did not release body camera footage because "an investigation is pending."

You can watch part of Hill's interaction — including his arrest — below: