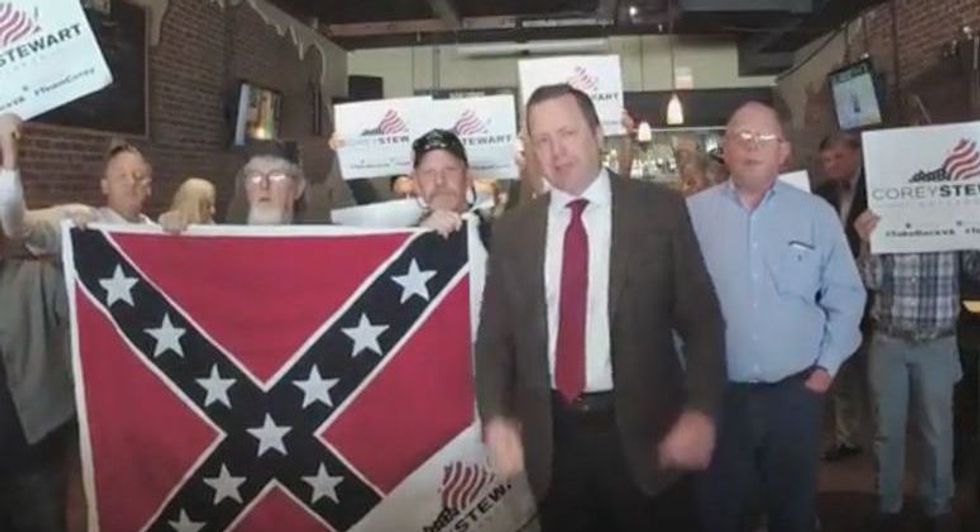 A conservative Washington Post commentator pointed out Wednesday that the GOP's most "anti-immigrant cranks" paid the price by losing their midterm elections.

"Even for Republicans, there are limits, I suppose," commentator Jennifer Rubin wrote.

"Republicans’ wipeout in the suburbs, among women, with young voters and college-educated voters can in part be attributable to the GOP’s turn toward nativism," the conservative writer noted, adding that numerous polls "showed high levels of dissatisfaction" with Donald Trump's racist and anti-immigrant rhetoric and policy proposals.

She also pointed out that a mere 16 percent of Jewish voters went for Republicans — a sign they "have figured out that Trump’s nationalism and the party’s not-so-subtle anti-Semitic mailers reveal a party not reflective of their values, no matter how much Trump does for Israel."

The Republicans who ran and won in states that don't have "large numbers of evangelicals" did so by "utterly repudiat[ing] Trump’s right-wing populism," as evidenced by GOP wins in Vermont, New Hampshire, Maryland and Massachusetts.

"A party whose elected officials remain overwhelmingly white and male might find it increasingly difficult to appeal to an electorate that is becoming more diverse," Rubin wrote. "When 72 percent of voters say they think it’s important to elect more racial and ethnic minorities and 78 percent say it’s important to elect more women, Republicans might want to consider why they have so few nonwhite and female candidates and whether they are leaving votes on the table."