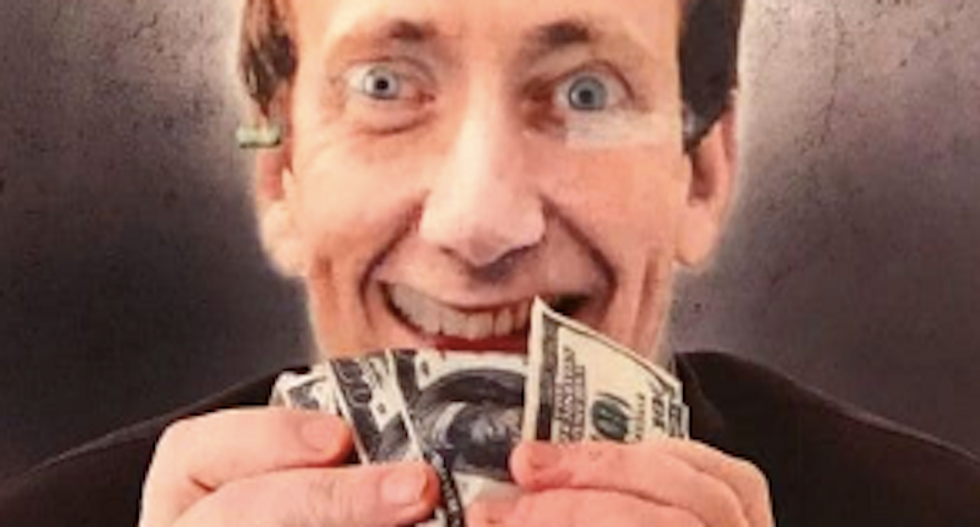 The ads traffic in centuries-old themes depicting Jewish money lenders as greedy and unscrupulous, and they're especially alarming in the wake of a shooting two weeks ago at a Pittsburgh synagogue that left 11 worshipers dead, reported the Washington Post.

“What’s stunning is that these are old images that are very similar to those from other eras and other places,” said Pamela Nadell, a history professor and director of the Jewish Studies program at American University. “But I will say I have not seen images like this in 21st-century America before.”

An Alaska GOP group sent out a mailer depicting Democratic candidate Jesse Kiehl, who's running for U.S. Senate, stuffing a wad of hundred-dollar bills into his suit.

“I was revolted,” said Scott Kendall, chief of staff to Alaska Gov. Bill Walker (I). “Jesse is proudly and prominently a member of Juneau’s Jewish community ... It is tough for me to process through that and not see an ill intent.”

North Carolina's state Republican Party depicted Sen. Charles E. Schumer (D-NY) with what appeared to be a stack of bills in his hand, and Republicans in Washington state showed Democratic congressional candidate Kim Schrier with a wad of $20 bills fanned out in her hands.

Tyler Diep, a GOP candidate for California's state assembly, showed his Jewish challenger Josh Lowenthal tinted in green, with $100 bills in his hands.

Connecticut Republican Ed Charamut’s campaign showed his challenger for a state Senate seat, Democratic state Rep. Matthew Lesser, holding a stack of cash in front of him, with a crazed look in his eyes.

“There’s some famous Nazi posters that have exactly the same images but with different people,” said Omar Bartov, a professor of European history at Brown University and an expert on anti-Semitic stereotypes.

Republicans have denied the ads are anti-Semitic, and instead argue they're intended to highlight the candidates' support for "costly government policies."

“The question itself, not the mailer is a racist anti-Semitic smear,” Dallas Woodhouse, executive director of the North Carolina Republican Party. “It is just one more final disgusting attempt to Kavanaugh Republican candidates and activities. We don’t track people’s religion here or lack thereof.”

“Much of the rhetoric is about how the left is going to destroy everything, destroy the economy, bring this invasion of barbarians — all of this was very much part of fascist and Nazi xenophobia,” he said. “It’s this combination of things: speaking about them undermining order on the one hand, bringing in hordes of invaders, and on the other hand, manipulating the economy.”

The history professor and author said he doesn't believe GOP denials about the ads.

"Some genie is being let out of the bottle," he added.