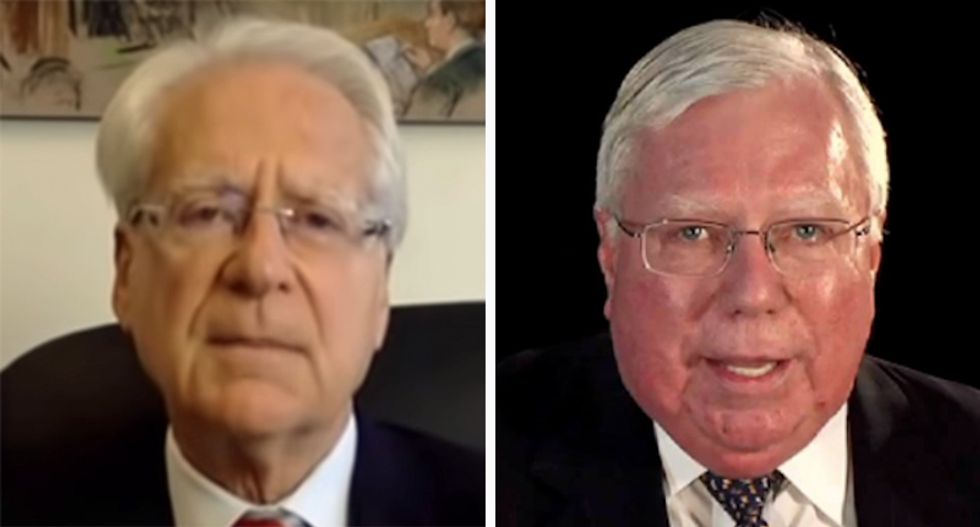 "I have retained attorney Larry Klayman to assist David Gray in my defense," Corsi tweeted Wednesday. "In a memo to my attorneys, I have instructed Klayman and Gray to file with Acting AG Whitaker a criminal complaint against Mueller's Special Counsel and the DOJ for prosecutorial misconduct in my case."

Corsi is under investigation for his role in discussing the hacking of the DNC and Hillary Clinton's campaign chairman with Trump confidante Roger Stone and Wikileaks.

"To be clear, Larry Klayman is a moron. He has never won a case in court in his life," Stone said. "He is a lightweight. He is a legal know-nothing."

Klayman founded the right-wing organization Judicial Watch and came to prominence with his lawsuits against Bill Clinton.

The Southern Poverty Law Center, which monitors extremism, describes him as part of the antigovernment movement.

"Larry Klayman is a pathologically litigious attorney and professional gadfly notorious for suing everyone from Iran’s Supreme Leader to his own mother," SPLC explained. "He has spent years denouncing Barack Obama as a crypto-Communist Muslim, convening meaningless 'citizens grand juries,' and railing against an endless list of enemies."

"Thin-skinned and paranoid, Klayman has embraced and personalized more than his share of far-right conspiracy theories," SPLC continued. "He bought into nearly every anti-Clinton conspiracy theory there was, pursuing at least one dead end in court long after Independent Counsel Kenneth Starr, who was no friend of the Clintons, had exonerated the president and first lady. In Whores, Klayman went so far as to suggest that agents of the Clinton administration may have attempted to assassinate him."

A birther, like Corsi, Klayman sued to have President Obama deported from the United States.