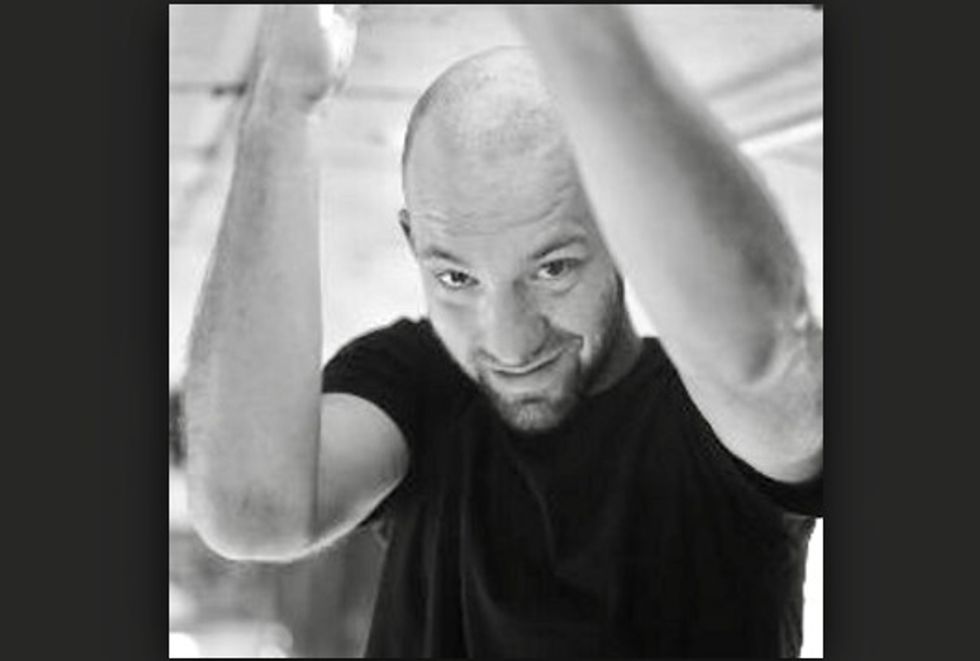 From the murder of Saudi journalist Jamal Kashoggi by Saudi agents to President Trump’s clashes with the White House press corps, attacks on reporters are in the news. This problem extends far beyond the politics beat, and world leaders aren’t the only threats.

At Michigan State University’s Knight Center for Environmental Journalism, we train students and professional journalists to report on what we view as the world’s most important beat. One hard fact is that those who cover it are at heightened risk of murder, arrest, assault, threats, self-exile, lawsuits and harassment.

In a recent study, I explored this problem through in-depth interviews with journalists on five continents, including impacts on their mental health and careers. I found that some of them were driven away from journalism by these experiences, while others became even more committed to their missions.

Journalist Saul Elbein describes how in developing countries, covering the environment can be tantamount to investigating organized crime.

Covering the environment is one of the most hazardous beats in journalism. According to one estimate, 40 reporters around the world died between 2005 and September 2016 because of their environmental reporting – more than were killed covering the U.S. war in Afghanistan.

Environmental controversies often involve influential business and economic interests, political battles, criminal activities, anti-government insurgents or corruption. Other factors include ambiguous distinctions between “journalist” and “activist” in many countries, as well as struggles over indigenous rights to land and natural resources.

In both wealthy and developing countries, journalists covering these issues find themselves in the cross-hairs. Most survive, but many undergo severe trauma, with profound effects on their careers.

As one example, in 2013 Rodney Sieh, an independent journalist in Liberia, disclosed a former agriculture minister’s involvement in a corrupt scheme that misused funds earmarked to fight the parasitic, infectious Guinea worm disease. Sieh was sentenced to 5,000 years in prison and fined US$1.6 million for defamation. He served three months in Liberia’s most notorious prison before an international outcry pressured the government into releasing him.

In the same year, Canadian reporter Miles Howe was assigned to cover protests by the Elsipotog First Nation in New Brunswick against hydraulic fracturing for natural gas. Howe worked for an independent online news organization that sought to spotlight unreported and underreported stories.

“Many times I was the only accredited journalist witnessing rather violent arrests, third-trimester pregnant women being locked up, guys tackled to the ground,” he recalls. Howe was arrested multiple times, and during one protest a member of the Royal Canadian Mounted Police pointed him out and shouted, “He’s with them!” His equipment was seized, and police searched his home. They also offered to pay him for providing information about upcoming “events” – in other words, spying on the protesters.

The relatively few studies that have examined attacks on reporters show that such treatment can have lingering impacts, including post-traumatic stress disorder and depressive and substance use disorders. While some journalists are able to cope and recover, others live in a state of fear of future incidents, or suffer survivor guilt if they escape and leave relatives and colleagues behind.

“Overall, journalists are a pretty resilient tribe,” Bruce Shapiro, executive director of the Dart Center for Journalism and Trauma at Columbia University, told me. “Their rates of PTSD and depression are about 13 to 15 percent, which is comparable to rates among first responders. Environmental or social justice reporters often have a higher-than-average sense of mission and purpose and a higher level of skill,” beyond that of some of their peers on other beats.

But this attitude can translate into reluctance to seek help. Most journalists I interviewed didn’t seek therapy, usually because no services were available or because of the profession’s machismo factor. Gowri Ananthan, a lecturer at the Institute of Mental Health in Sri Lanka, calls journalism “a profession in denial,” even as some victims acknowledge the price they’ve paid.

For example, Miles Howe suffered serious psychological problems following his arrests. “What did it do to me? It made me upset, angry,” he says. Howe didn’t seek therapy until he left journalism more than two years later, but in hindsight regrets not acting sooner.

Others told me their experiences recommitted them to their missions as journalists. Rodney Sieh says his stint in prison “really elevated our work to an international level that we would never have had if I weren’t arrested. It made us stronger, bigger, better.” 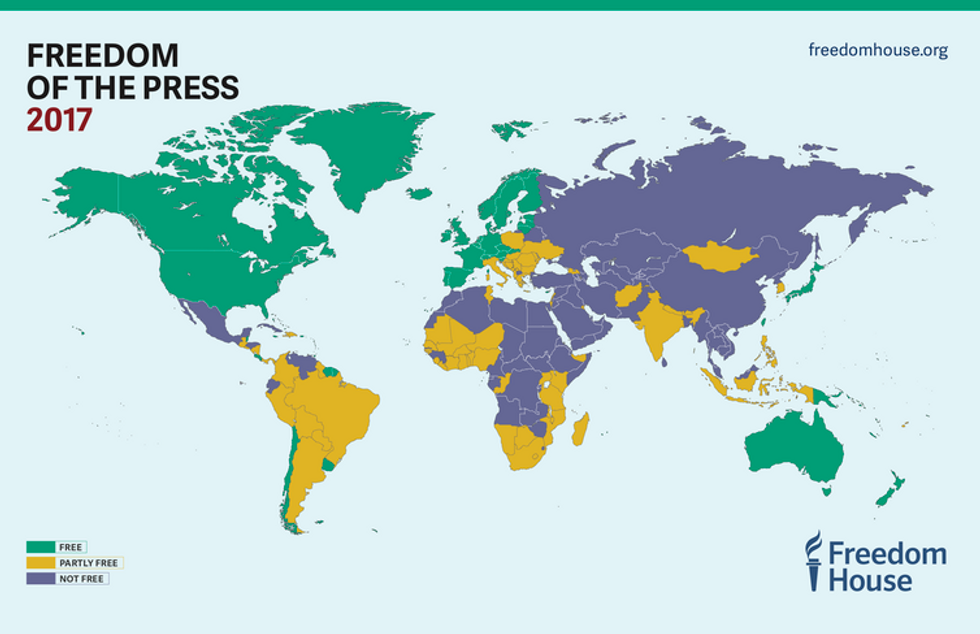 Global press freedom declined to its lowest point in 13 years in 2016 amid unprecedented threats to journalists and media outlets in major democracies and new moves by authoritarian states to control the media.

Despite professional codes calling for balanced, impartial coverage, some reporters can feel compelled to take sides on these stories. “We saw that clearly at Standing Rock,” says Tristan Ahtone, a board member of the Native American Journalists Association, referring to protests on the Standing Rock Indian Reservation in North Dakota against the Dakota Access Pipeline.

“NAJA had to put out ethical guidelines for journalists. We saw it mostly with young Native reporters who were happy to blow the ethical line,” Ahtone says. “A lot of it is having a different world view.”

One such reporter, freelance journalist Jenni Monet – a tribal member of the Pueblo of Laguna in New Mexico – was arrested while covering the protests but acquitted of trespassing at trial. She also has covered deforestation and logging in a tribal area in Brazil’s Amazon region. “Most times I’m with indigenous people (on such stories), and I see things through their eyes,” she told me. 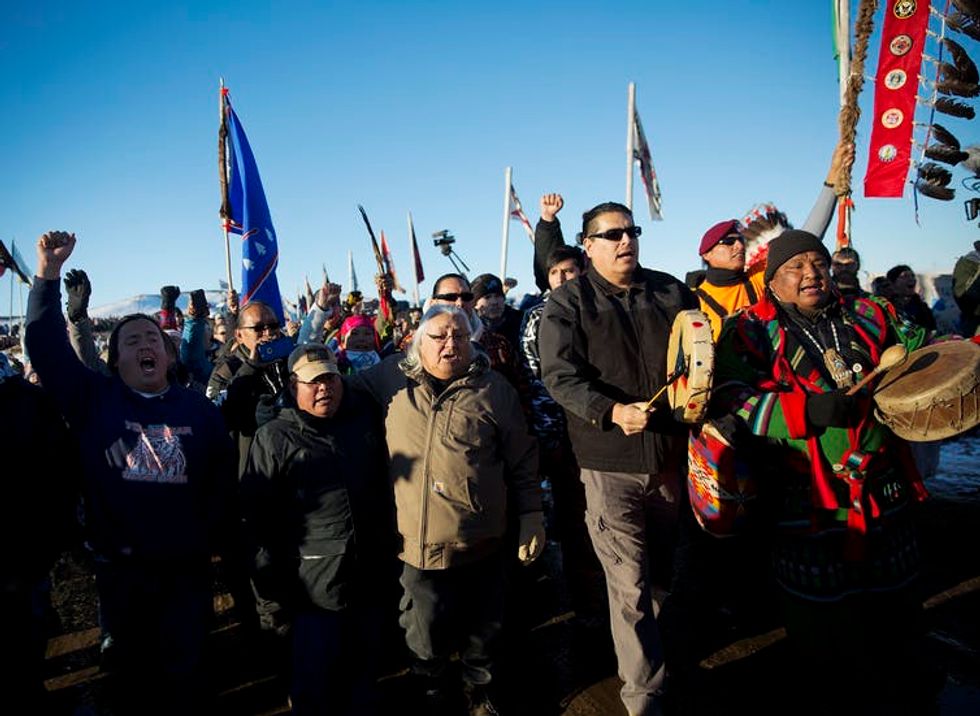 Many of these issues need further research. From a craft perspective, how do these experiences affect journalists’ approach to reporting? How do they deal with sources afterwards, especially if those people are also at risk? How do editors and news directors subsequently treat reporters in terms of assignments, story placement and salaries?

These findings also raise questions about how press rights groups can successfully protect and advocate for environmental reporters. In my view, more environmental journalists need the type of safety training that many war and foreign correspondents now receive.

Pollution and natural resource damage affect everyone, especially the poorest and most vulnerable members of society. The fact that journalists who report on these issues are so vulnerable is deeply disturbing. And their abusers often operate with impunity.

For example, there have been no convictions in the 2017 murder of Colombian radio journalist Efigenia Vásquez Astudillo, who was shot while covering an indigenous movement to take back ancestral land that had been converted to farms, resorts and sugar plantations. As the Committee to Protect Journalists observes, “Murder is the ultimate form of censorship.”