'I don’t know if what you’re saying are the facts': Watch CNN anchor battle professional Trumper Steve Cortes' many lies 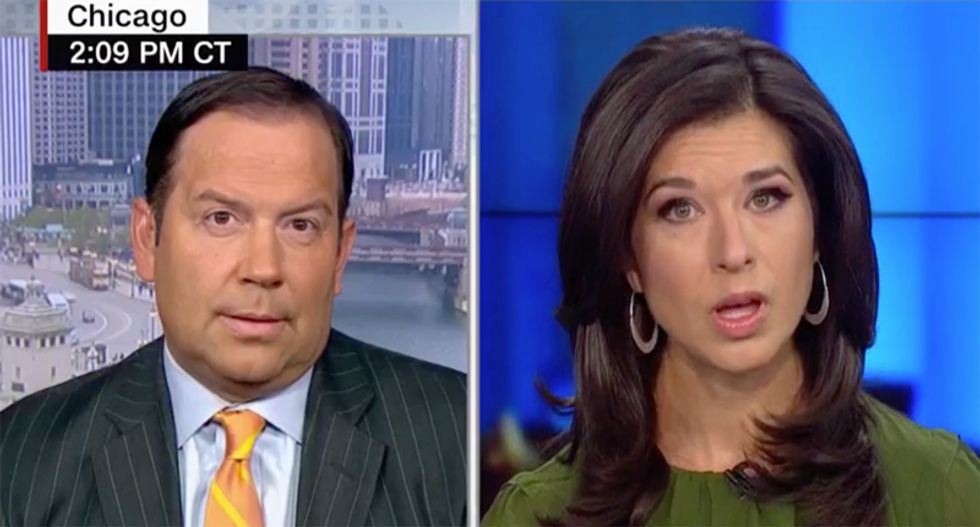 CNN anchor Ana Cabrera had to repeatedly fact check a 2016 Donald Trump campaign operative during a contentious segment on immigration on Saturday.

"Most people in this caravan are young men," Cortes claimed.

"I've got to push back on that, though, because I don't know if we can say most people are young men, Steve," Cabrera noted. "I don't know if what you're saying are the facts."

Cortes then claimed that a reported deal with Mexico actually "reinforces" Trump's demand to build a border wall, which forced Cabrera to again correct him.

"Why does it reinforce the need for a border wall, though, if Mexico and the U.S. have an agreement?" she asked. "Mexico apparently doesn't believe that if they're willing to hold onto these people in order for them to process asylum claims, Steve."

Cortes then went on to suggest that migrants legally seeking asylum were actually illegal immigrants.

The segment highlighted why CNN has been criticized for employing Cortes as a paid contributor.

Like all Trump campaign operatives, Cortes signed a non-disparagement agreement that prevents him from ever criticizing Trump.

Yet CNN employs him as a "political commentator" -- despite the need for anchors to correct his incorrect assertions.

In May, during an appearance on WGSO-AM radio in New Orleans, Cortes admitted Trump suggested he move from Fox News to CNN.

"I used to be at Fox News, which was a whole different world. I went over to CNN partly at the suggestion of the White House itself and the president himself because -- and I wanted to do it also -- because I saw a narrative there that I thought was unfair to the president, and I want to try to be a counter voice," Cortes explained.

"I want to be an alternative voice on CNN and I hope a voice of reason. So I hope that I am over there, to put it in sort of religious terms, I hope I am winning over some pagans," he added.