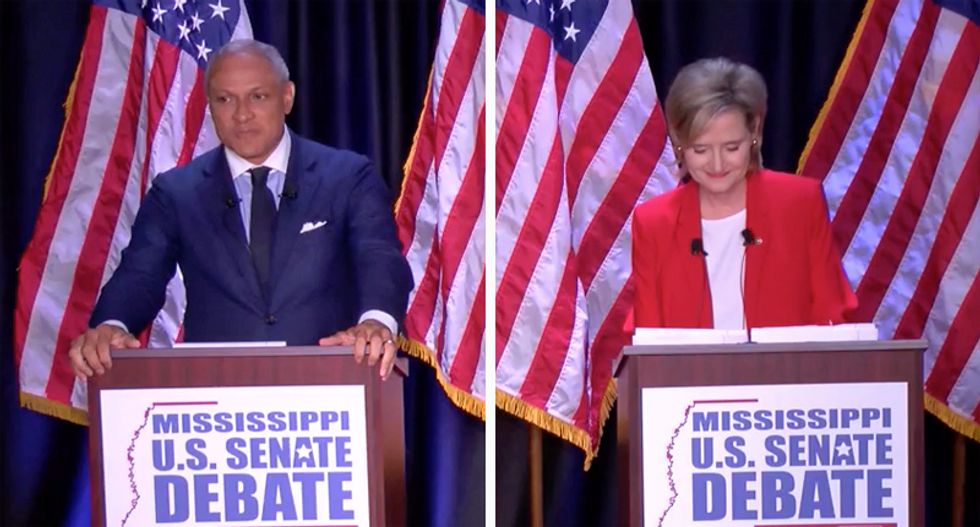 The final contest of the 2018 midterms election will occur on Tuesday when voters in Mississippi go to the polls to vote in their U.S. Senate runoff election.

Despite the red nature of the conservative state, interim Sen. Cindy Hyde-Smith (R-MS) has made a number of missteps during her campaign to win election to the seat she was given via a gubernatorial appointment.

Hyde-Smith made positive statements about a "public hanging" -- despite Mississippi's shameful history of lynchings. She then refused to answer questions about the scandal.

Hyde-Smith also accepted $2,700 from a notorious white supremacist and was caught wearing a Confederate hat -- in the former home of Jefferson Davis.

During the debate, Hyde-Smith lashed out at critics of her controversial "public hanging" remarks.

Hyed-Smith also had to read an apology that was viewed as insincere.

And she urged her supporters to get out the vote, not on election day, but on Thanksgiving Day.

Republican strategist Noelle Nikpour worried about the state of the race during a Wednesday appearance on MSNBC's "Hardball."

"I think what Republicans probably don't like to see is the fact it's this close," she noted. "But I think if you want to blame anyone, you can blame the candidate -- and what you said earlier about stepping in it -- this is very careless and reckless statement she said.

Though Nikpour predicted that despite her missteps, "it's going to go Republican."

"I just don't like the fact it's this close," Nikpour concluded.