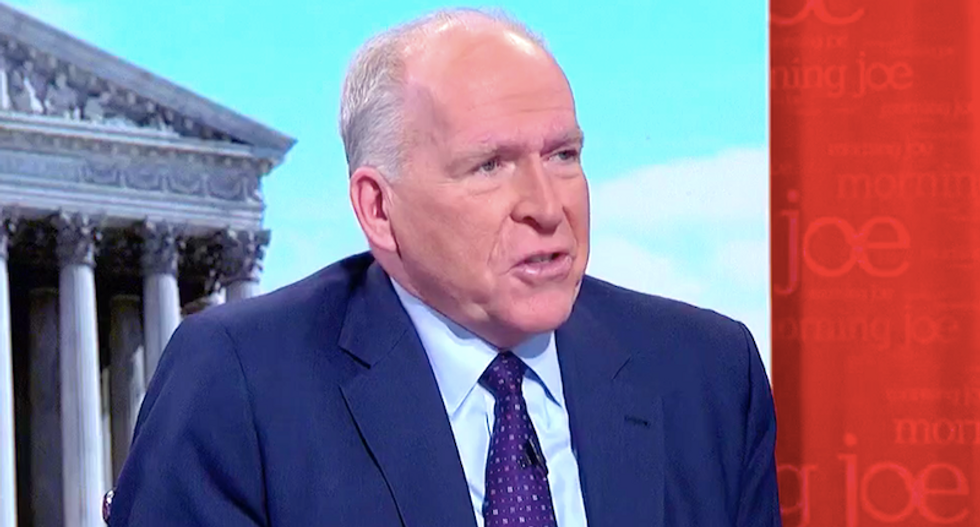 Former CIA director John Brennan was profoundly disappointed -- and baffled -- by President Donald Trump's behavior at a 100th anniversary commemoration of the end of World War I.

Brennan has been a consistent critic of the president, but he said explanations made no sense for Trump skipping to Aisne-Marne American Cemetery and Memorial near Paris, because he said there should have been a backup plan if foul weather prevented a helicopter flight.

"There would be a backup plan and a backup to the backup plan, and that is something no president I have ever worked for would want to miss," Brennan said. "They'd want to be part of it, and not just to send the signal that this president is paying this homage to them, but also be part of the allied effort, those countries that worked so hard together in World War I and in subsequent wars. But you want to be seen as part of it."

"But I think everything we see right now is Donald Trump wants to be this separate, individual person and not be part of a larger gathering," he added. "He wants the spotlight to be on him and him only."

Trump also skipped a Veterans Day ceremony at Arlington National Cemetery, where rain was expected, and Brennan suggested the president was worried about what the weather would do to his elaborate hairstyle.

"It is puzzling because he puts so much emphasis on the military," Brennan said.

"These were relatively easy-to-do events both in France as well as here. I don't know whether or not he gets in some moods and just sort of sulks, and doesn't want to be part of ceremonies, whether it was the weather and concern about what that might do to his image, but it is one of the more puzzling aspects of Mr. Trump's performance."