Fox News panel: There's no reason to vote against Republicans because Trump has 'no scandals' 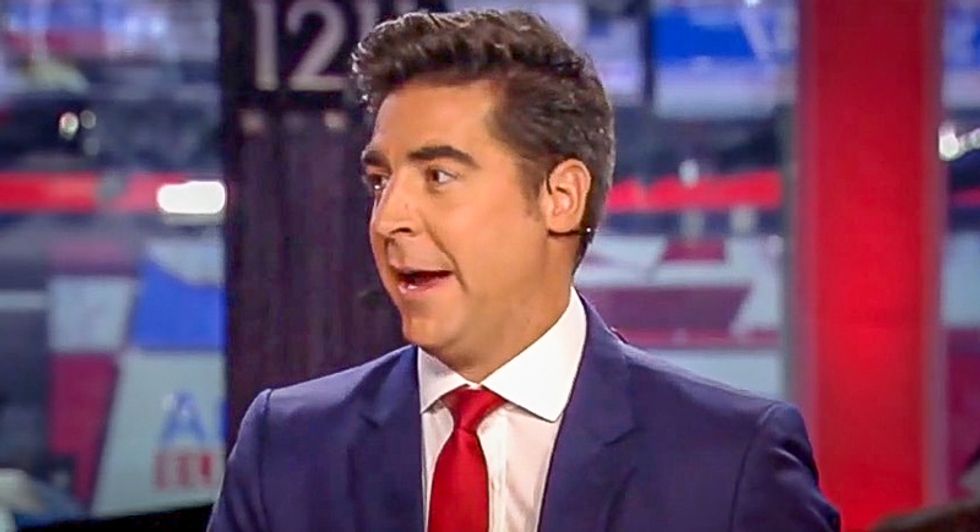 Fox News co-hosts Jesse Watters and Laura Ingraham asserted on Tuesday that there are "no scandals" that would cause voters to reject Republicans in the midterm elections.

Prior to polls closing on election night, Watters suggested to Ingraham that President Donald Trump's era has been scandal free -- unlike previous administrations.

"The Republicans have held the House for the last 20 of 24 years," Watters explained. "You know, they only lost in 2006 as some of the scandals and the Iraq war was dragging on, but they got it back after Pelosi and Obama overreached."

"Do you see right now -- with no recession, no scandals, hot economy -- do you see any reason substantively for Republicans to lose the House?" Watters asked.

"It was back to the scare tactics on Obamacare," Ingraham said of the Democratic strategy. "That's the one policy they really focused on. The separation of the kids at the border, I don't think most people are going to vote on that."

"I think most of the resistance voters out there are resisting the tone of Trump," she continued. "They are resisting his personality. It's like they are putting blinders on to all the great -- there's never a better time to be in America than today!"

According to Ingraham, "the left is so jacked to send a message to the president that, 'Oh, no, we're not going to be fooled again. We were embarrassed in 2016. We're going to embarrass you now.' It's personal with the left."

She added: "And Republicans are all about charts and numbers and G.D.P. -- the art of the storytelling is sometimes lost on Republicans."

Don't ditch those masks! New COVID surge in U.K. shows what's waiting for us this fall

I don't know what it's like in your neck of the woods, but here in our small town on the edge of the Poconos, fall is finally here. It's nippy in the mornings and doesn't get above 60 on some days, and only rarely brushes against 70. The sun is a little lower in the sky every day; people are wearing their quilted Carhartts and fleece Patagonias, and lined boots can't be far away.