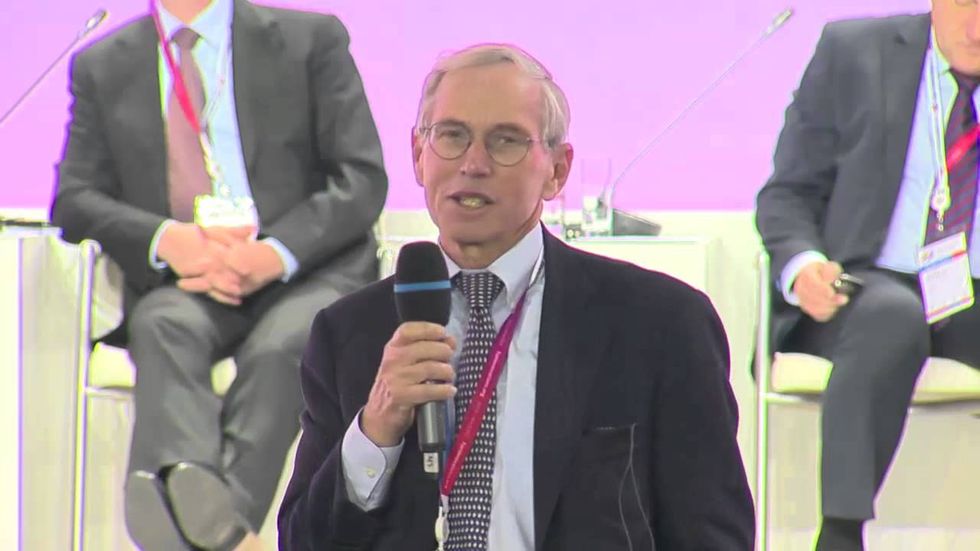 A venture capitalist and GOP megadonor is one of the primary funders of a super-PAC attacking Upstate New York Democrat Antonio Delgado's congressional run — from the left.

Journalist Joshua Holland pointed out on Twitter that ads supporting Green Party congressional candidate Steven Greenfield were paid for by the Fight For Tomorrow political action committee. Greenfield, however, has denounced the ads -- which were not approved by the Green Party.

According to the Center for Responsive Politics' Open Secrets campaign finance database, the PAC's biggest donor is Howard Cox, a venture capitalist and GOP megadonor.

Cox, whose brother Ed is the chairman of the New York GOP and Richard Nixon's son-in-law, donated $50,000 to the Fight for Tomorrow PAC.

In Facebook ads provided to Raw Story, the PAC denounced Delgado for having only lived in New York's 19th Congressional District for a year and touted Greenfield for having lived there for 17 years. 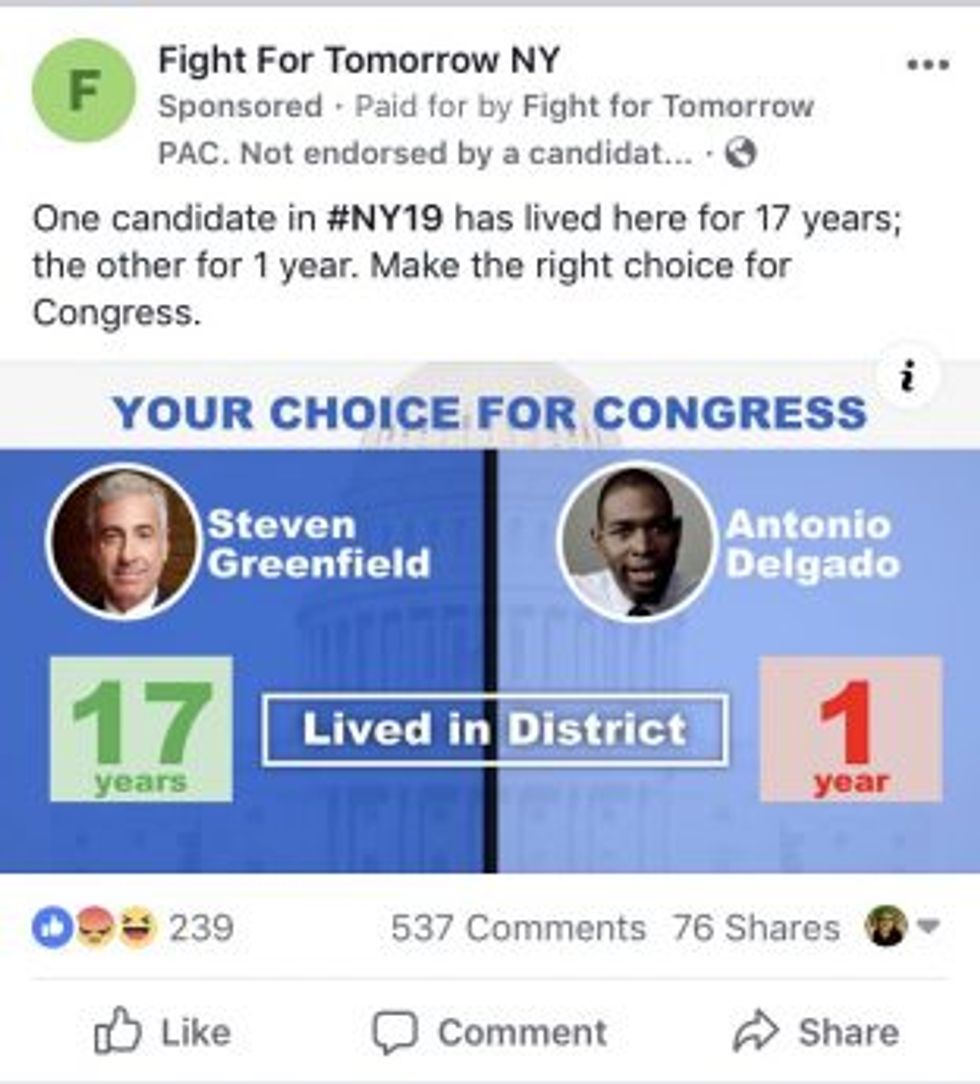 Along with mailers and sponsored Facebook ads, Fight for Tomorrow also sent out robocalls on behalf of Greenfield.

In a press release issued on Election Day, Greenfield denounced Fight for Tomorrow and said he had nothing to do with the group's nearly $50,000 expenditures on his behalf.

"It has come to my attention that today I became the unwitting, unwilling 'beneficiary' of a Republican PAC in Texas that has delivered $49,000 worth of mailers, robocalls, and social media ads exclusively to registered Democrats in New York’s 19th Congressional District, attacking Antonio Delgado, and comparing him unfavorably to me," the candidate said in the statement.

"I denounce both the message and the messengers," Greenfield added. "I am as much a victim of this dirty trick as the candidate it purports to undermine."

This is far from the first time Delgado has been the subject of bad-faith attacks.

Earlier in the year, the National Republican Congressional Committee paid for attack ads focused on the Harvard Law-educated Democrat and Rhodes Scholar for his decade-old foray into rapping, calling his music "offensive" and "degrading to women."

“Antonio Delgado would be fine in Los Angeles," a man in the NRCC ad said. "Maybe New York City."