‘Gritty runs for and from no one’: Beloved antifascist icon denies Philadelphia mayoral bid 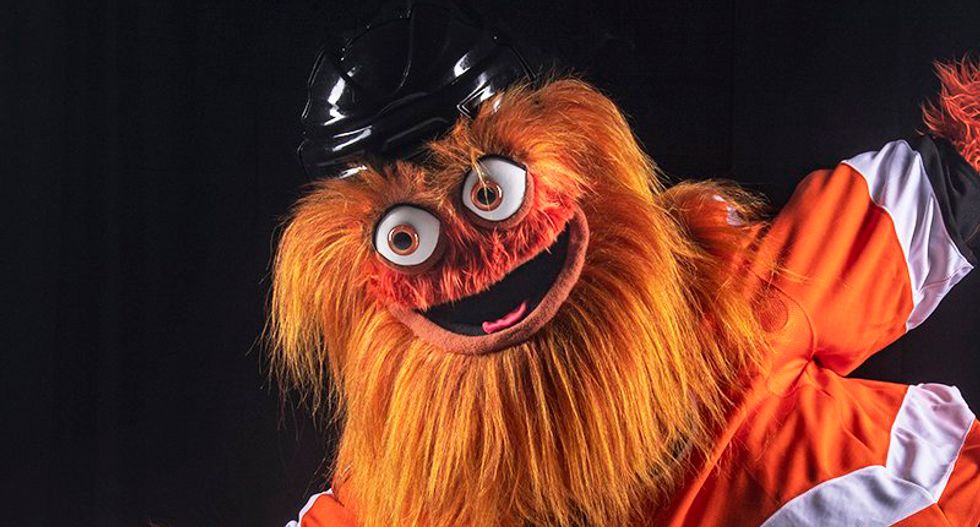 Philadelphia Mayor Jim Kenney will not be facing a challenge from Philadelphia Flyers beloved mascot Gritty in the 2019 mayoral race.

In an interview with Time magazine, the progressive icon was asked about running.

"If you ran for mayor of Philly, you’d probably win in a landslide. Any plans?" Time asked.

"Gritty runs for and from no one," the mascot replied.

If Gritty would have waged a successful campaign in the 2019 election, the mascot would have been the 100th mayor to govern the city of brotherly love.

The mascot is viewed as one of the most political icons in professional sports.

"As the mascot was gaining fame, he was quickly seized by the left as a symbol of progressive politics and resistance to Trumpism," The New Yorker reported in October.

While Gritty may not be running for political office, the mascot is interested in being selected Time magazine's "Person of the Year" for 2018.