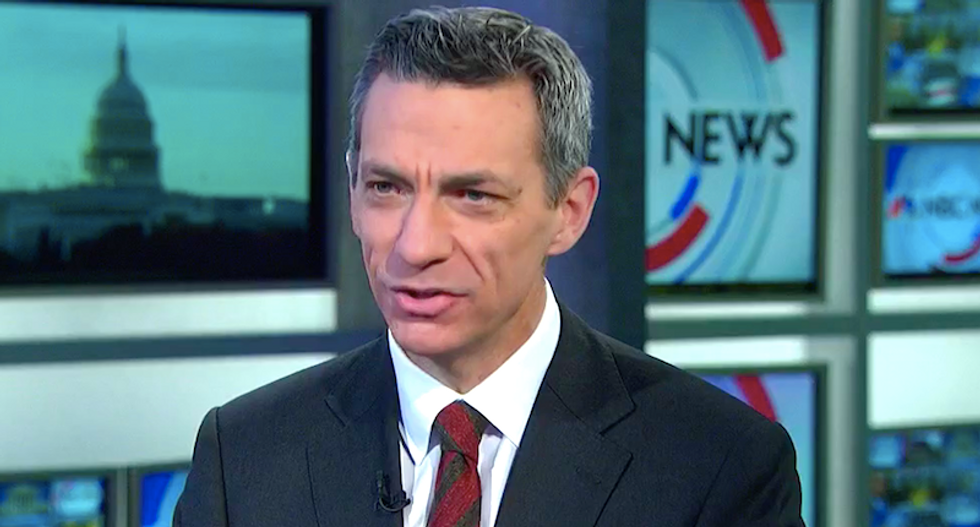 Former FBI counterintelligence agent Clint Watts said President Donald Trump could be in for a rude awakening if his subpoena lands before the U.S. Supreme Court.

The president and his lawyers submitted handwritten answers to special counsel Robert Mueller's questions as part of the Russia probe, and Watts said investigators will almost certainly want to follow up with Trump in person.

"Let's say Mueller does go for a subpoena, it goes to the Supreme Court," Watts said. "They will go with the rule of law. This is where the president makes missteps. He thinks everyone will play based on a team, when actually these institutions play by the rules."

Watts, a former special agent and member of the Joint Terrorism Task Force, said the special counsel would likely want to match up Trump's account of events -- such as publicly asking Russia to hack Clinton's emails -- with those of other witnesses who've already testified.

"What's interesting about this case it played out in public," he said. "The speech in Florida -- 'Russia, if you got those emails' -- it's alarming. It was alarming for me, having watched Russian influence."

Watts said investigators would likely ask whether Trump knew about hacking efforts before publicly making that request, and he said the president would not likely be able to skate away with written answers.

"Everyone seems to get that feeling because they answered in writing, the president can get away with things," he said. "This is not necessarily the case. We've seen the president be fairly inconsistent on a routine basis about his answers to any given question. Imagine you're Trump's lawyers and ask him what happened at this moment we have to document on paper."

"We don't know what all the other witnesses said in the Mueller investigation," Watts added. "These other witnesses may have told Mueller something and if it doesn't jive with what is in that written statement, then they could go for a subpoena saying we need to clarify this and talk to him in person."

Watts said the president had placed himself in enormous peril by commenting publicly about the investigation.

"I constantly ask myself what it must be like to be Don McGahn in the White House," Watts said. "You get these queries, does he understand what he's saying? The truth is, I don't think he does."

Trump compounded his problems by trying to influence the branches of government that could hold him in check, Watts said.

"The president doesn't understand how the functions of government work, and that the judiciary is supposed to be nonpartisan, somewhat separate ad there should be, what we said in the military, undue command influence, no leadership pressure on where the investigations go," he said.

"He does not understand that," Watts continued, "and consistently even after firing (FBI director James) Comey, you would think he would sort of pull back and say, 'Okay, I'm pushing too far.'"

"He continues to pursue," he added, "which is just striking that he puts himself in that danger, which tells me he doesn't understand even to this day that those aren't really his people that are there, those are the servants of the American people and that he's the one who selected them. It's just confusing why he would continue to put himself in that danger."